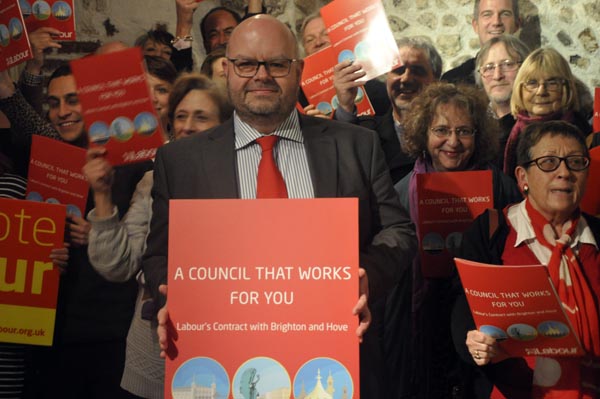 Labour and Cooperative launched their manifesto for the local elections this evening, (March 3) at Donetello’s restaurant in Brighton. Special guest speaker, the former Secretary of State for Health and member for West Hull and Hessle, Alan Johnson MP, was delayed on the train from London so Cllr Warren Morgan the Labour group leader took the opportunity to thank all local labour volunteers and councillors present for their hard work and inform them that for the third year running the Labour budget had been adopted earlier in the afternoon.