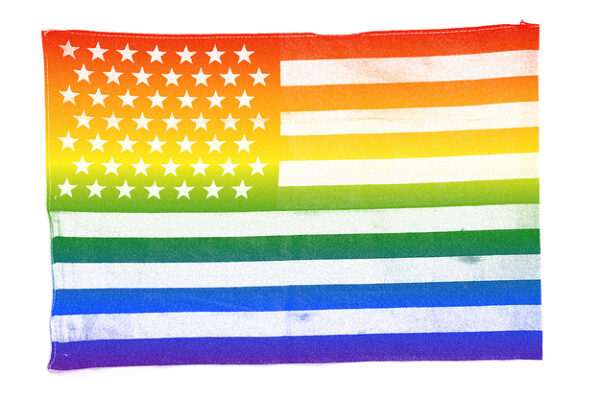 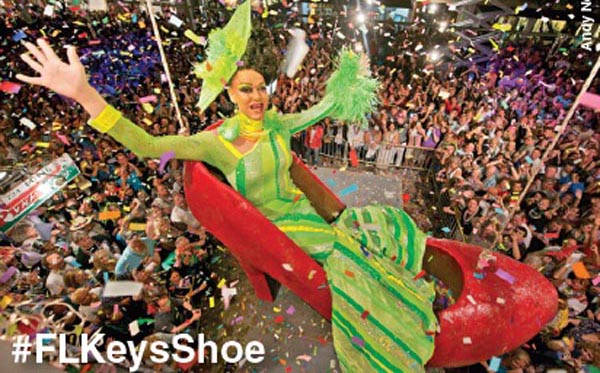 The Florida Keys has long been a favourite holiday destination for LGBT+ visitors, who receive a warm welcome to the island chain where the official motto, One Human Family, signifies an atmosphere of inclusion and recognition that all people are created equal. 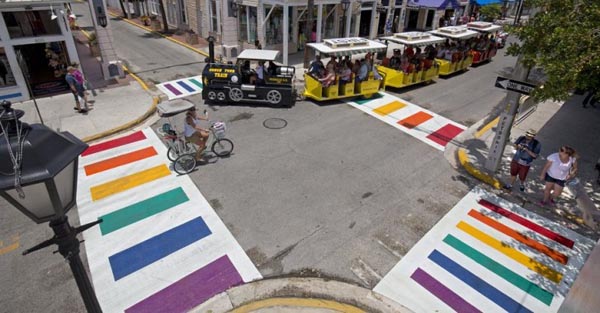 In Late May, Key West in the USA installed four permanent rainbow pedestrian crossings at the intersection of Duval and Petronia streets – the heart of Key West’s LGBT entertainment district. This is this first time in Florida that all four corners of an intersection have been connected with rainbow pedestrian crossings, with the crossings matching the six colours of the rainbow flag – an internationally recognised symbol of gay and lesbian unity. 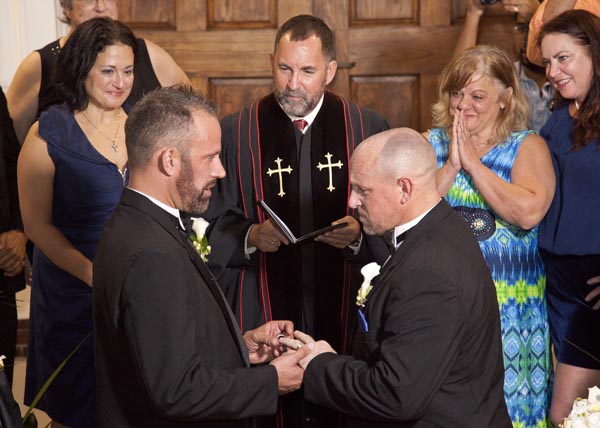 Two Key West men whose lawsuit helped pave the way for marriage equality in Florida said I Do during the Florida Keys’ first legal same-sex wedding earlier today, Tuesday, January 6.
Aaron Huntsman and William Lee Jones signed and received their marriage license, the first ever issued to a same-sex couple in the Keys just after midnight, at Key West’s Monroe County Courthouse. 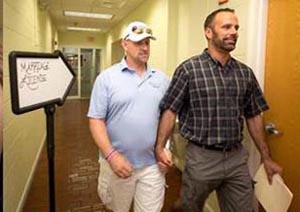 Two Key West men, whose lawsuit helped pave the way for same-sex marriage equality in Florida, are to wed on Tuesday, January 6, 2015, in the Florida Keys’ first same-sex marriage.
Aaron Huntsman and William Lee Jones, who completed their application paperwork at Key West’s Monroe County Courthouse on Friday, 2 January 2015, are to receive the Keys’ first marriage licence and then exchange vows outside the courthouse.