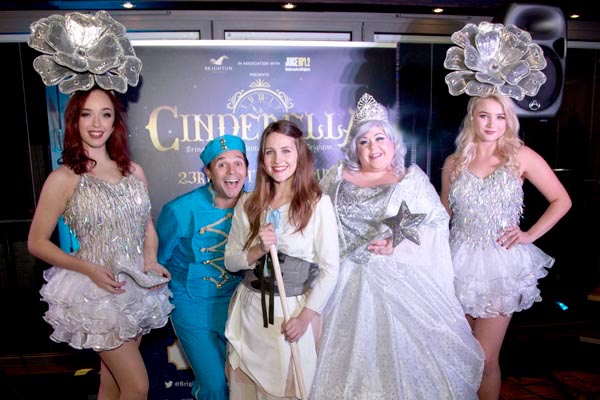 Producers behind the new family pantomime, Cinderella, which opens on December 22 at The Hilton Brighton Metropole, have announced their cast for the show. The line-up, which will see David Essex appear on-screen as Baron Hardup, includes West End performers, Jon Robyns as Prince Charming: Joseph Peters as Dandini and Alasdair Buchan playing one half of the repugnant ugly sisters Donaldina and Melania.