It’s October 1977 and five members from the group Campaign for Homosexual Equality (CHE) have rocked up outside The Corn Exchange in Brighton to picket John Inman’s new show. Why? Because they believed his flamboyant character from hit TV show Are You Being Served? isn’t helping their cause. But what do John Inman and Russell Tovey, the homosexual actor from TV shows Looking and Being Human, have in common? 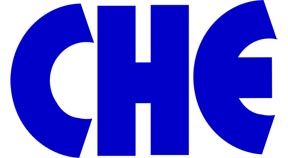 TODAY in Manchester, The Lesbian and Gay Foundation (LGF) organised a tribute and celebration in honour of the 50th anniversary of the birth of the modern lesbian, gay, bisexual and trans (LGBT) rights movement through recognising the formation of The North West Homosexual Law Reform Committee (NWHLRC) and later The Campaign for Homosexual Equality (CHE).

Arts FEATURE: The queer history of architecture and design