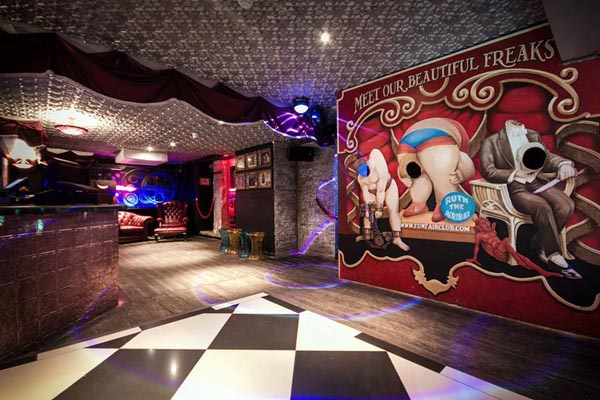 Rumour has it…..the City of Brighton and Hove has given birth to a new clubnight with its roots set firmly in the LGBT community.

Dj Lady Lola brings together, a unique team, of committed nightclub professionals, to produce a night of lively fun, music and dance, with a splash of Brighton decadence.

Team Lola feel that the Brighton Scene needs a night to directly benefit the LGBT community with a focus on ‘conscious clubbing’ and have chosen the quirky and eclectic nightclub, FunFair next to Dr Brightons on Brighton seafront, for their first outing.

Each month Rumous has it… will choose a charitable cause and a percentage from the door take will go straight to the nominated organisation plus a good old-fashioned collection bucket will be on the door, for any extra donations.

‘Conscious clubbing’ donations will be a feature with all future happenings including boat parties, pop up events and a super big clubnight being planned during Brighton Pride 2016.

Rumour has it…launches on Friday, January 29 at Funfair Club, next door to Dr. Brightons on Brighton seafront.

An awesome line of Dj’s have been engaged to impress including local legends King K, Lady Lola and Michelle Griffen. Matt Bogard is coming down from London to represent the boys.

Doors open at 10pm, dress to thrill, and try out the super fly LGBT clubnight, that is……RUMOUR HAS IT…..