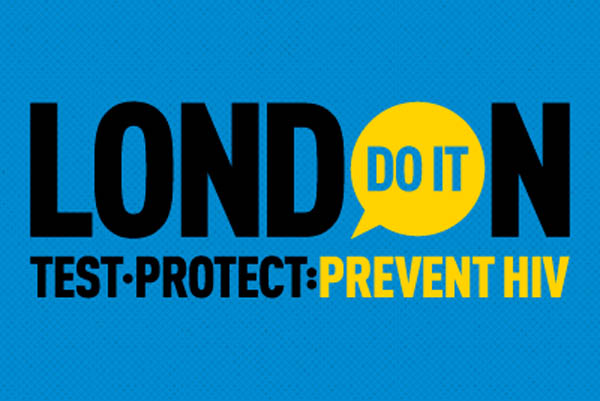 As London prepares to celebrate Pride 2019, the organisers of the latest Do It London campaign – part of the London HIV Prevention Programme run by the London boroughs – say that London is now a world leader in reducing HIV.

The most recent data from Public Health England (December 2018) reported an overall 37% reduction in new HIV diagnoses in the capital since the boroughs began Do It London in 2015. In men who have sex with men (the group most affected by HIV in London), that figure reduced by 40% in the same period.

According to the statistic London is making more progress than anywhere else in England and leads the way in HIV prevention internationally, recently becoming one of the first global cities along with Brighton to exceed the UN’s worldwide diagnosis and treatment targets.

Having pledged to achieve zero HIV transmissions, zero deaths, and zero stigma by 2030, the capital will host in September the first ‘Fast Track Cities’ international gathering of more than 250 cities responding to HIV.

Do It London’s campaign, which will run over the summer and autumn, will promote to Londoners the many ways there are to prevent HIV, including through the combination prevention approach based on robust scientific evidence:

♦ Increased and more frequent testing for HIV
♦ HIV treatment leading to an undetectable viral load, U=U (Undetectable = Untransmittable, meaning people on effective treatment cannot pass on the virus)
♦ Access to and use of PrEP (Pre-Exposure Prophylaxis – a pill that protects against HIV infection)
♦ Condom use

The campaign’s messages are set to be promoted in the capital across a wide range of channels, including on-street billboards, posters on the London Underground and bus network, in print and digital media, via specialist magazines, on radio and social media. There will also be on-the-ground outreach and condom distribution teams at the London Pride parade (on Saturday, July 6) and other events in the coming months.

“Through collaborating and jointly funding the Do It London public health programme, London boroughs’ commitment to tackling HIV has made a major contribution to the capital’s record of success. This approach ensures strong and consistent messages are communicated to Londoners about HIV prevention.

“London can achieve zero new HIV infections by 2030 if current trends continue. To maintain positive progress, it’s crucial that Londoners keep making safer choices – and that’s why our latest Do It London campaign is so important.”

Paul Steinberg, lead commissioner of the London HIV Prevention Programme, added: “The reduction in HIV diagnoses in recent years is a very promising development, not least because it means Londoners themselves are making effective choices to stop the transmission of HIV.

“But this is no time for complacency. That’s why London boroughs continue to work together to encourage everyone to prevent HIV in order to achieve our ambitious target of zero new infections by 2030.

“The London HIV Prevention Programme is proud to have played its part in the continued downturn in HIV incidence, alongside London’s world-class sexual health services, our clinical colleagues, the HIV voluntary sector, and the communities most affected by HIV. London is now a Fast Track City, part of an ambitious global effort to end the HIV epidemic by 2030, and we will continue to lead the way in efforts to prevent HIV and combat the harmful stigma needlessly associated with the virus.”

Despite the overall reduction in HIV, the virus remains a major public health concern in London. There are around 36,000 Londoners living with HIV and the capital continues to have a much higher new diagnosis rate than the rest of England (21.7 per 100, 000 versus 8.7).

Another challenge is the number of people presenting with late diagnoses – with 35% of London’s HIV diagnoses since 2015 categorised as ‘late’ (meaning the virus has already started damaging the immune system when a diagnosis is made).

Late diagnosis causes delays in treatment and harm to health, as well as increasing the risk of onward HIV transmission. Londoners who are diagnosed late are more likely to be heterosexual, including a significant number from black African communities – another key target audience for the Do It London campaign.