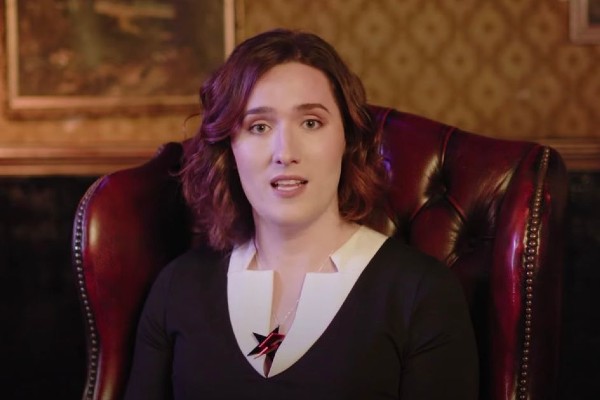 British YouTube creator Abigail Thorn, known for her Philosophy Tube channel, recently came out as trans in a video where she explained her gender identity and spoke out against the increasing hostility towards trans people in the UK. 27-year-old Thorn publicly announced that she was trans on January 30, telling her followers: “I’m delighted to say I’m a trans woman; my name is Abigail and you can refer to me with she/her pronouns. Thank you to everyone who kept my secret for such a long time as I prepared to come out publicly! I’m excited to continue my acting career and Philosophy Tube.”

She continued: “It’s so lovely now to finally relax, to sleep well with sweet dreams and be at home in myself. But I’m also scared. Things are very, very bad for trans people in the UK and they’re getting worse. My existing following means I have now instantly become one of the most recognisable transgender people in the country and I feel an enormous pressure to be ‘good at it’. Alas, I can’t be a perfect paragon of trans Britain. I’m only an actress but I can relay the following facts.”

Thorn then detailed some of the injustices trans people face in the UK: “Trans people have existed as long as there has been a Britain, but even after a century of feminism, the government dictates what we can do with our own bodies. If a cisgender woman wants hormone therapy for menopause, she can get it from the GP. But if a trans woman wants the same medication to transition, she is forced to travel to a separate clinic and be interrogated by psychiatrists. Because of this discrimination, waiting lists are years long. Women like me die waiting. Trans men die waiting for breast reduction surgery that cis women get for back pain.”

She also highlighted that trans people don’t have equal legal rights, as they cannot use their passports as valid ID, and that they are ‘hit harder’ by unemployment and violence. She added that there has never been a trans MP. She concluded: “Even when other people make it hard, being trans is a gift. My love goes out to every trans person reading my words in Britain or overseas, especially those who can’t come out – yet!”