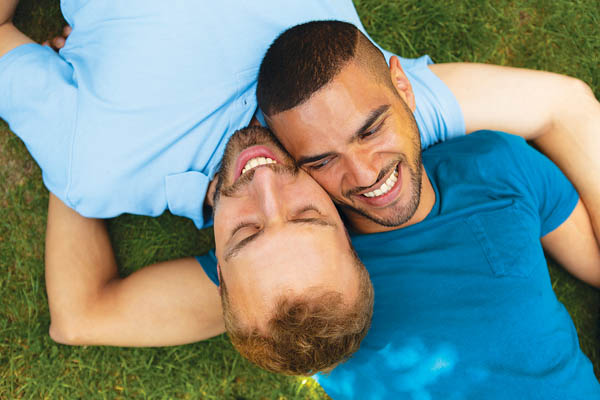 YouGov survey finds 3 in 10 LGBT+ people would ‘swipe left’ on their App to reject someone who has HIV and on effective treatment according to HIV and sexual health charity Terrence Higgins Trust (THT).

♦ LESS than half of LGBT+ respondents implied they would ‘swipe right’, with one-quarter “unsure”.

♦ Over half of LGBT+ people don’t believe that people living with HIV on effective treatment can’t pass it on.

♦ A further quarter (24 per cent) ‘don’t know’ which way they’d swipe, while less than half (44 per cent) said they ‘wouldn’t’ swipe left, implying that they’d give the person a chance.

The YouGov research, which explores people’s attitudes towards sex, relationships and HIV, reveals a shocking level of stigma steeped in a severe lack of understanding of HIV transmission.

When presented with the statement “I would feel comfortable kissing someone living with HIV on effective treatment”, one in five (20 per cent) disagreed.

Regardless of treatment, HIV cannot be passed on through kissing.

When asked about condomless sex, just one in five (20 per cent) agreed that they would feel comfortable having ‘unprotected’ sex with someone living with HIV on effective treatment.

Science has proven that people living with HIV who are on effective treatment cannot pass the virus onto sexual partners, regardless of whether they use a condom or not.

The PARTNER study examined 58,000 instances of sex between an HIV positive person on effective treatment and a partner without HIV, and there were zero cases of HIV transmission.

Most people are unaware of this, and many still don’t believe it when it’s explained to them.

♦ Over half (51 per cent) of LGBT+ respondents believed the statement “people living with HIV and on effective treatment cannot pass the virus on at all” was false.

♦ Just one-quarter (26 per cent) thought the statement was true, while over one in five (22 per cent) didn’t know.

♦ Compared to the rest of the population, the results differed in part but not entirely, with over one-third (35 per cent) of people saying they would ‘swipe left’ on a dating App for someone living with HIV.

♦ Overall, almost one in two (43 per cent) didn’t say they would feel comfortable kissing someone living with HIV, and just over half (55 per cent) of respondents did not believe that people living with HIV on effective treatment cannot pass the virus on.

Sadiq, a circus performer from London who is living with HIV and on effective treatment, said: “I find the information that I can’t pass HIV on is always met with surprise.

“Knowing I can’t pass it on opens up a world where I’m OK to be HIV positive and still have relationships, without the virus being a barrier.

“The Can’t Pass It On campaign gives people living with HIV a very easy way to inform and educate without having to get into specifics.”

Ian Green, Chief Executive at Terrence Higgins Trust, said: “It’s so important to get this message out to as many people as possible. We hear on a near daily basis how out of date beliefs about how HIV is passed on are negatively affecting the lives and mental health of people HIV, and it urgently needs to change.

“Amazing medical progress has been made, but knowledge of HIV quite clearly hasn’t kept up with that progress.

“Effective treatment means HIV shouldn’t be a barrier to anyone doing anything they want to and that includes having a fulfilling relationship and sex life.

“We all have a role to play in this and it’s high time for everyone to stop doubting the science and accept the realities of HIV as that’s the best way to tackle the abhorrent stigma that still surrounds the virus.

“It’s truly devastating to hear that so many wouldn’t swipe right for or even kiss someone living with HIV who’s on effective treatment.

“We’ve known for three decades that HIV can’t be passed on through day-to-day contact and that includes kissing.”

To find out more about HIV transmission, click here: