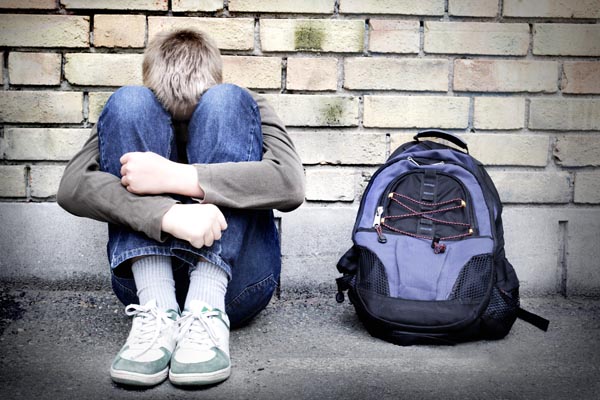 THE campaign will raise awareness of the many young people, often as young as 16 in Sussex at risk of homelessness.

With rates of homelessness on the increase, young people are particularly vulnerable to becoming homeless, especially when family breakdown is involved.

Research shows as many as one in five young people find themselves in the unpredictable and risky situation of sofa-surfing and of these, roughly half will have sofa-surfed for more than a month.

Government data for 2017 illustrates Brighton had the second highest level of recorded rough sleepers in the country after Westminster. At 178 individuals, this represents a 24% increase on the previous year. Six percent of these people were under 26 years old.

Sleeping rough and other temporary living arrangements have a considerable and chronic negative effect. More than half of young people involved in 2017 research by homelessness charity De Paul UK said that not having a stable place to live had damaged their mental or emotional health, and the majority said that their physical wellbeing had suffered. Nearly half said that temporary living had had a negative impact on their relationships and more than four in 10 said it had damaged their education or their ability to find or keep work.

Sussex Nightstop provides a safety net for these young people, preventing them from becoming homeless. The charity matches vulnerable young people (aged 16-25) with volunteer hosts who put them up in their spare room, on a night-by-night basis. This gives the young person a safe space to resolve their housing problems, so they don’t risk spiralling into long-term homelessness or the dangers of rough sleeping.

The Sleep Safe campaign will also raise £10,000 towards developing and delivering services to young people including the recruitment and training of more volunteer hosts.

Sussex Nightstop are calling on commercial organisations and the Sussex communities to get behind their fundraising campaign and help them in their ambition to have a safe bed available on every night of the week.

The work Sussex Nightstop does with vulnerable young people has already had very tangible results during their 10 years of operation:

Sussex Nightstop Executive Director Alison Marino said: “I am delighted to be celebrating our 10 year anniversary. The achievements accomplished through the efforts of our local volunteers and the Sussex Nightstop team cannot be underestimated.

“However, there is more work for us to do. We see first-hand the increasing and deepening challenges that young people face with regard to securing a safe and stable place to live. We need to continue to be there for them. We have tasked ourselves in providing a service that supports a range of different needs and we want to develop our volunteer host pool, both in numbers and skills. All of this will enable us to reach more people and move towards our goal of offering a safe bed night every night.

“The Sleep Safe campaign– the messages it spreads and the funds it raises – will help us towards our goal. People have real concern for this issue and on behalf of Sussex Nightstop I offer encouragement and thanks for supporting our campaign.”

A young person who has used Sussex Nightstop’s service said: “Thanks to you guys I achieved the impossible, I’m now living in Central Brighton. You gave me the strength to fight. Thank you so much for giving me a unique look into your family and home.”

One of Sussex Nightstop’s volunteer hosts, Liz, added: “Most of us are concerned about the growing plight of young people who cannot rely on having somewhere to sleep every night. Being able to offer them a warm welcome, a hot meal, and a bed so that they feel safe is such a rewarding yet easy thing to do. As hosts we’ve seen ourselves the positive difference Sussex Nightstop makes to the young people who have stayed with us. We hope the Sleep Safe campaign will help Nightstop to continue to be there for young people when they need it most.”

People who want to support Sussex Nightstop’s work can do this by donating to the Sleep Safe campaign, by becoming a volunteer host, fundraising for them or by simply spreading the word about youth homelessness.

To help Sussex Nightstop raise £10,000 in their tenth-year click here: