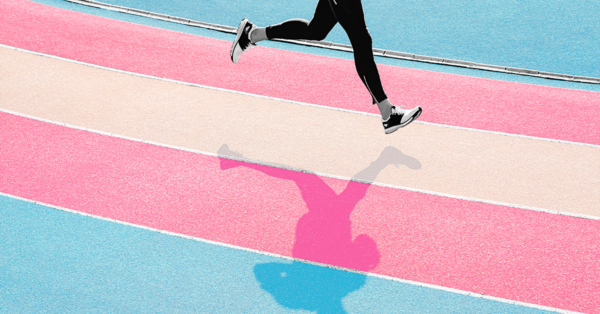 World Athletics has revealed it is consulting with member federations on a proposal that would impose more stringent testosterone limits on transgender women athletes competing in women’s track and field events.

The governing body’s proposal stops short of calling for an outright ban on trans athletes and said it arrived at its “preferred option” after reviewing a number of new and existing scientific studies and observations from the field.

“Putting forward a preferred option is the best way to gather constructive feedback, but this does not mean this is the option that will be presented to Council or indeed adopted,” World Athletics said in a statement.

The option being discussed would cap the maximum amount of plasma testosterone for transgender women and those with differences in sex development (DSD) at 2.5 nanomoles per litre – half of the current limit of 5 nanomoles.

It would also double the amount of time the athlete would need to remain below that level to two years.

World Athletics president Sebastian Coe at the time praised FINA’s decision, which has been criticised by transgender rights supporters.

Advocates for transgender inclusion say that there are relatively few trans women athletes and that not enough studies have been done on the impact of transition on physical performance.

Opponents say testosterone suppression does not fully remove the advantages for someone assigned male at birth who has gone through puberty prior to transitioning.

A final decision over the proposal will be made by the council in March.

Triathlon became the first British sport to ban trans women from competing in female events instead changing the name of their men’s category to ‘open’. English Volleyball followed them while British Cycling banned a trans athlete competing at last year’s National Omnium Championships and are completing a review of their policy.