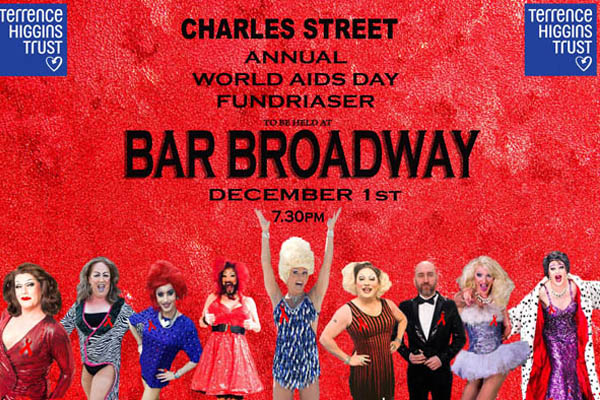 Despite being closed for a complete refit in early December the team at Charles Street will join with Bar Broadway to bring you the annual WAD fundraiser extravaganza, hosted by Drag With No Name.

Charles Street managers Sam and Ed will join the Bar Broadway team behind the bar illustrating the importance of scene venues working together in unity on this special day.

DJ Ruby Roo on sound and stage manager, Lola Holloran will make sure it is an evening to remember.

All profits from the evening will be donated to Terrence Higgins Trust (THT), the UK’s leading HIV and sexual health charity.