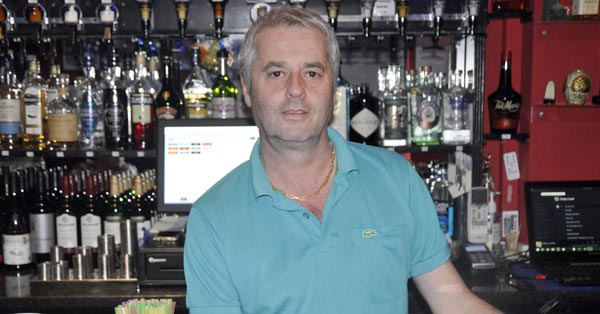 The Grosvenor on Western Street in Hove, just off of Hove lawns is a lively gay bar which Collin, also know as Pooh la May has managed for the last two years.

Since his arrival, the bar has been redecorated twice originally with super camp glitter walls, feathers and masks and now with a more theatrical look including a drag queen tribute wall, displaying famous drag queens past and present. There is a waiting list of local drag queens waiting to have their photo mounted on the wall, myself included!

The bar is open 7 days a week, has a late licence and with Drag Bingo on Thursday’s, Karaoke on Friday’s and top Cabaret every Saturday night at 10pm is a perfect destination bar, to spend your evening at.

Since his arrival, Collin has turned the Grosvenor into a friendly local pub for everyone to enjoy with a regular, loyal clientele who like to take advantage of low-priced drinks at £3.30 for any pint.

Over the years, many  customer have followed Collin as he has moved around the city from bar to bar. Before managing the Grosvenor, he worked in and went on to manage Revenge nightclub for a total of 14 years throughout the 90’s, eventually moving on in 2004.

He says: “I loved the scene back then as there were so many real characters in Brighton. Staff turn around was much lower and everyone knew everyone. It was like being part of one big family.”

After leaving Revenge he took a five-year break away from the scene and from drag, but missed his heels and the social aspect of running a bar so much that he just had to return.

He managed Legends Bar for a year, then 22 Church Street (Black Horse) for 6 years and now the Grosvenor, where he has settled down and firmly stamped his personality on the bar.

Collin has been doing drag for over 25 years. He started off in Revenge in the 90s as a door host, working behind the bar and becoming one of the original members of the legendary Lollipop Girls. He remained there till 2004 when Revenge changed hands and he decided to move on and concentrate on a solo career.

Pooh la May appeared regularly in the Adult Pantomime and performs at venues around Brighton singing numbers from the 60’s and 70’s.

Collin donates his time to worthy causes and is particularly proud of the fundraising Pooh la May has done for the Sussex Beacon and the Thai children’s orphanage in Pattaya, Thailand, which is supported by many Brighton entertainers.

He lists his hobbies as theatre, reading, music and men (so 1980s dear!). You can catch Collin and Pooh la May on stage at the Grosvenor on New Years Eve partnering Maisie Trollette. Entry all night is free!