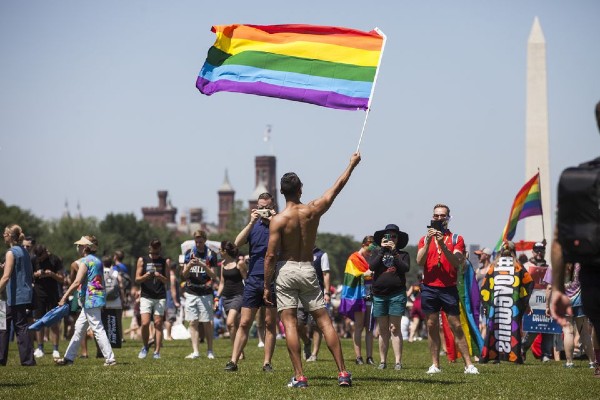 Washington DC is set to become the first city in the US to ban LGBTQ+ panic defence from being used as a legitimate reason for violence against queer people, with the city council voting unanimously to do so. LGBTQ+ panic defense uses a person’s sexual orientation and/or gender identity to legally justify acts of discrimination and violence against them; although it has been condemned by groups like the American Bar Association, 39 states currently allow criminal defendants to exploit the victim’s LGBTQ+ identity to seek a reduced sentence, including the state of Washington. Although it is outlawed in a handful of states, DC would be the first city to ban the practice in a state where panic defense continues to be legal.

The bill has now been passed onto city mayor, Muriel Bowser, who has stated that she plans to sign it, and then will be subject to a 30-day legislative review by Congress. The DC attorney general, Karl Racine, applauded the council’s decision, saying it would “reduce destructive mass incarceration and advance justice for all”, adding: “I look forward to fully enforcing these laws to ensure that the District is a fairer and more just place for all, and to send a clear message that hate has no place here.”

According to the Washington Blade, the law has been named the Evangelista-Hunter bill after two LGBTQ+ people who lost their lives to anti-queer violence. In 2003, Bella Evangelista, a trans woman, was shot to death in DC, and five years later, Tony Randolph Hunter was attacked while walking to a gay bar in the city. Both of the perpetrators attempted to use the panic defense after their arrests; the new bill aims to erase the legitimacy of this form of legal justification, and bring greater levels of protection to Washington’s LGBTQ+ community.