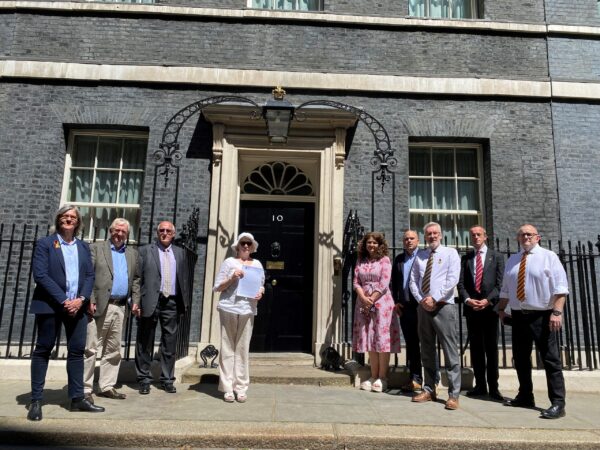 The UK Government has announced that victims of the contaminated blood scandal will finally receive compensation after a 40-year battle.

Around 4,000 people affected by the scandal will receive an interim payment of £100,000 by the end of October. It will be given to those who developed viruses as a result of the contaminated blood scandal as well as partners and children of people who have died.

During the 1970s and 1980s, 30,000 people with haemophilia and other bleeding disorders were given blood with HIV and hepatitis viruses. The scandal has been called the biggest treatment disaster in NHS history. Thousands have died – since the Infected Blood Inquiry was announced in July 2017, until February this year, 419 people have died. Those who were given contaminated blood products are dying at a rate of one every four days.

The interim payments will be the first time compensation is paid after decades of campaigning, and while it is welcome news, there are many people such as bereaved parents, who would miss out. Terrence Higgins Trust (THT) CEO Ian Green has written a letter to Boris Johnson urging him to ensure each and every person affected by the contaminated blood scandal is compensated.

Ian said: “While payments are arranged for infected members of the community and widows, we need the government to start the process of registering the partners, parents, siblings and children of those infected. Interim payments should be made to this group within 12 months.

“Compensation will never make up for the damage done to the infected blood community, It cannot remove the loss, hurt and trauma but it will allow those who have suffered so much to move forward with their lives.

“Today, you gave people some sense that justice will be served. In your remaining weeks please make sure it is progress for everyone in this repeatedly failed community.”