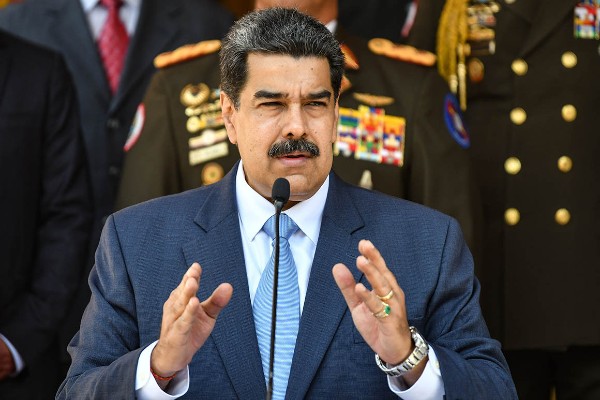 Venezuelan president Nicolas Maduro, 57, addressed the country’s national assembly on Thursday 22 October, asking members to consider the passage of a marriage equality bill following Pope Francis’ statement of support for same-sex civil unions. Same-sex marriage is currently illegal in the Roman-Catholic country, but the Pope was recently seen in an interview saying: “Homosexual people have a right to be in a family. They are children of God and have a right to a family.”  This is the first time he has explicitly said LGBTQ+ people should be entitled to legal recognition for their relationships.

According to Reuters, Maduro followed up on Francis’ statement, saying: “I have friends and acquaintances who are very happy with what the Pope said yesterday…I will leave that task, the task of LGBTQ+ marriage, to the next National Assembly.”  If Venezuela – which currently has few legal protections in place for its LGBTQ+ population – was to legalise same-sex marriage, it would become the sixth South American country to do so. It is currently legal in Argentina, Brazil, Colombia, Ecuador and Uruguay.