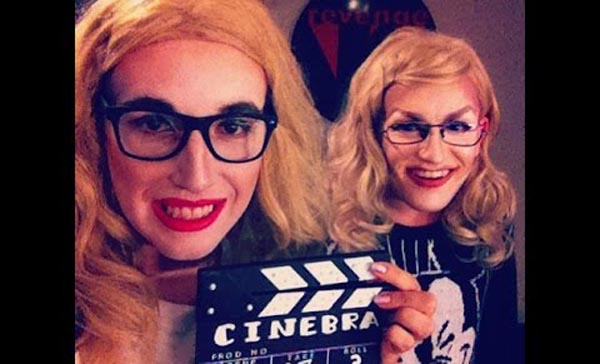 If you missed Cinebra’s Halloween special at Charles Street or you enjoyed it so much that you want to relive it, then here is your chance!

Filmed live on the night, Cinebra presents History of Horror – The Movie! If you don’t already know, Cinebra is a collaboration between Lydia L’Scabies and Rococo Chanel.

Their two lovable characters, Megan and Sophie are parodies of every teenage girl film geek out there, delivering a hilarious and unique cabaret show. The show features original songs and comedy and also parodies of horror films, you should defiantly check out their Carrie skit, it is funny and intruding.

Megan and Sophie often perform at Revenge where are welcomed on stage with loving arms, they truly capture the crowd and put on a hilarious show.

You can follow them as “Cinebra” on YouTube where they review films in their own unique way.