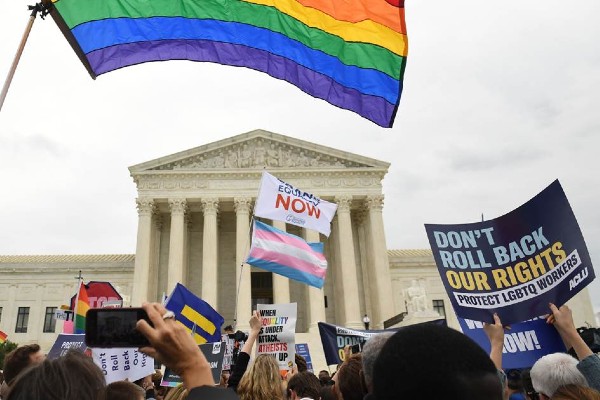 On Monday December 9, the US Supreme Court rejected an appeal from unnamed Oregon based parents who wanted to prevent transgender school students from using single sex spaces such as toilets and changing rooms. According to ABC News, the parents sued the state in 2017 over a policy which allowed trans students to use the facilities which best suited their gender identity, saying it caused ‘embarrassment’. After lower courts refused to block the policy on request of the parents, the case was taken to the Supreme Court, which ruled in favour of trans students being able to use the facilities of their choice.

The court said: “Transgender youth are not a threat to other students,” finding that limiting trans student’s access to gender-affirming spaces would be classed as illegal discrimination. Chase Strangio, the deputy director for transgender justice at the American Civil Liberties Union, referred to the decision as “excellent news”, and said it sends the important message to trans and gender-diverse youth that they deserve to share space with their peers.

The news comes after a series of national developments in terms of trans student’s access to gender-affirming spaces. In October, a court in Minnesota ruled that schools must allow trans students to use gendered spaces after the parent of a trans student complained their child had been denied access to appropriate facilities, which they branded a ‘degrading’ form of ‘stigmatizing segregation’.

However some members of the Supreme Court have shown hostility towards the LGBTQ+ community recently, with associate justice Samuel Alito suggesting marriage equality is at odds with the rights of non-LGBTQ+ groups, saying it is an attack on ‘freedom of speech’. Alito and fellow conservative Clarence Thomas urged the Supreme Court to readdress their marriage equality policies on the grounds of religious freedom. They argued: “[LGBTQ+ marriage equality] enables courts and governments to brand religious adherents who believe that marriage is between one man and one woman as bigots.”