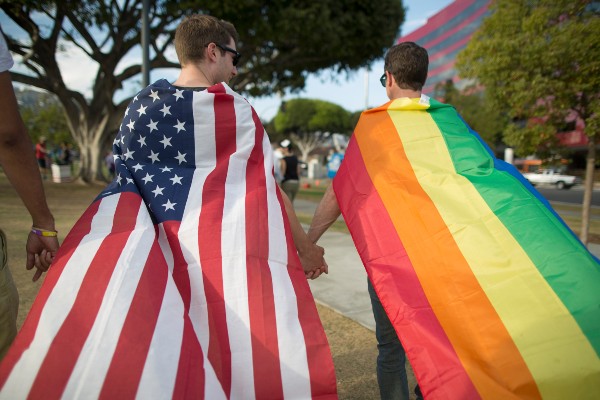 On Thursday November 12, associate justice Samuel Alito of the US Supreme Court attacked LGBTQ+ marriage equality in a speech addressing the far-right Federalist Society group. He suggested marriage equality is at odds with the rights of non-LGBTQ+ groups, saying it is an attack on ‘freedom of speech’. According to The Guardian, Alito said: “You can’t say that marriage is a union between one man and one woman. Until very recently, that’s what the vast majority of Americans thought. Now it’s considered bigotry.”

Earlier this year, Alito and fellow conversative Clarence Thomas urged the Supreme Court to readdress their marriage equality policies on the grounds of religious freedom. They argued: “[LGBTQ+ marriage equality] enables courts and governments to brand religious adherents who believe that marriage is between one man and one woman as bigots.” On Thursday, he reiterated: “Those who cling to old beliefs…risk being labeled as bigots and treated as such by governments, employers and schools.”

Alito’s attack on marriage equality is the latest instance of the Supreme Court leaning towards ‘religious freedom’ at the expense of LGBTQ+ equality. Newly appointed justice, Amy Coney Barrett, is known for her controversial views on the LGBTQ+ community, with Barrett and the court showing sympathy towards a Catholic fostering agency which refuses to work with same-sex couples in a recent case. Many are fearful this case is the beginning of the court eroding LGBTQ+ rights in favour of anti-queer religious groups.