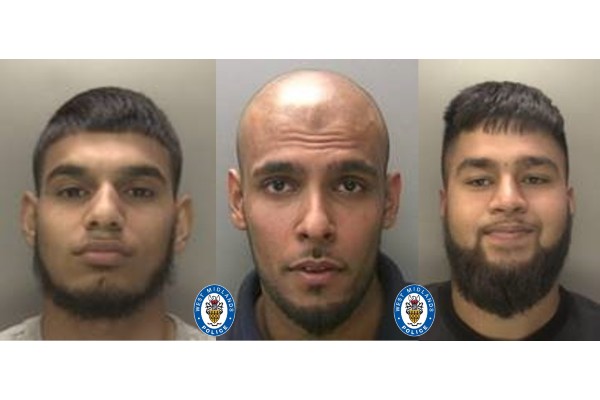 Police have released the names of three suspects who may have played a role in the violent assault of Rob and Patrick, a married couple, in Birmingham’s gay village on August 15. The West Midlands police recently released a statement, saying that they intend to question Sohail Khan (24), Mosin Mahmood (31) and Ishaaq Ayaz (21) about the incident after analysing CCTV footage and speaking to witnesses.

The men have not yet been located, so police have requested that anybody with information about the suspects’ should call 101 or contact Crimestoppers anonymously on 0800 555 111. Sergeant Marc Petford said that police have already made several arrest attempts after the “outrageous” homophobic attack, adding: “We’re determined to bring to justice the people responsible.”

The victims were treated in hospital for their injuries and are now recovering from the assault. Speaking to the BBC earlier this month, the victims said it was “shocking” that the attack happened in 2021. They continued: “[The gay village] should be a safe area to be who you want and not have to tolerate people yelling homophobic remarks at you.” Police later confirmed that the attack is being treated as a hate crime.