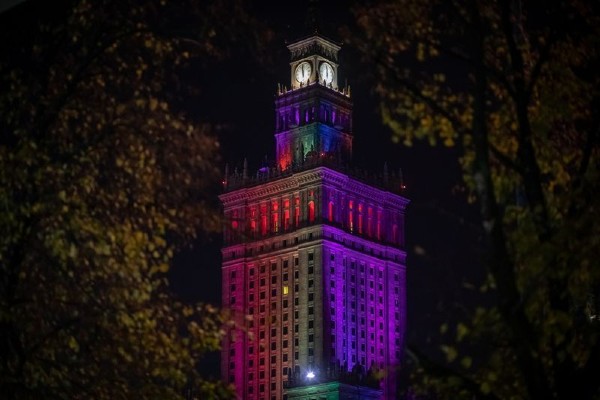 Staszewski told Reuters: “In 2019, we paid homage to a trans activist who jumped off one of these bridges [which was lit up rainbow] in Warsaw, and unfortunately, I have such terribly bad associations when now the same bridges will simply be rainbow-lit and nothing more will happen in Warsaw, no more anti-discrimination measures, just these rainbow bridges will serve the next kid to kill themselves. This is not how it should look.” Hubert Sobecki – an activist from LGBTQ+ organisation Love Does Not Exclude – agreed, saying mayor Trzaskowski has not kept his promise to protect the country’s LGBTQ+ community.

Staszewski is known for attaching signs which say ‘LGBTQ+ free zone’ by towns which signed pledges agreeing to ‘oppose any acts of tolerance’ towards queer people. This led to prime minister, Mateusz Morawiecki, blaming him for the international backlash against the anti-LGBTQ+ Polish government, saying: “He completely falsified reality. To call it fake news would not do it justice.” Despite Morawiecki’s claims, over 100 towns in the country have now declared themselves ‘LGBTQ+ free zones’, causing many queer Poles to flee the country in fear.