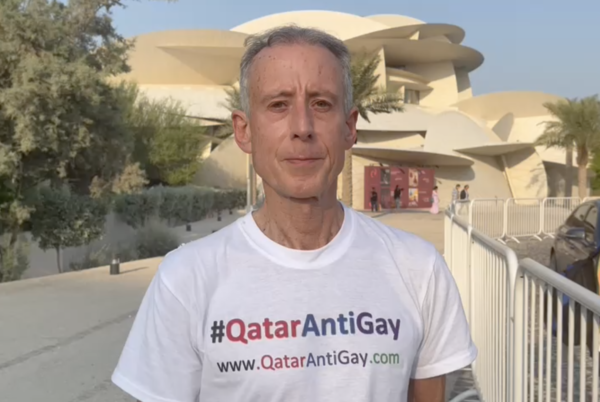 Human rights and LGBTQ+ rights campaigner Peter Tatchell has been released after being arrested in Qatar 26 days before the football World Cup takes place in the Gulf nation.

Peter Tatchell said in a video released shortly after his release: “I stood in front of the National Museum of Qatar on the busy main road with my placard for 35 minutes before state security arrived, followed by police. I was arrested and detained on the kerbside for 49 minutes.

“There were a total of nine officers surrounding and interrogating me about where I was from, who was helping me, where I was staying and when I was leaving Qatar. Officers also arrested my colleague, Simon Harris, from the Peter Tatchell Foundation, who was filming and photographing me. The police took Simon’s phone and deleted all his photos and videos – but only after he had already sent them to London.

“This was the first LGBTQ+ public protest in Qatar or any Gulf nation. I did this protest to highlight Qatar’s abuse of LGBTQ+, women’s and migrant workers rights. I was standing in solidarity with brave Qatari human rights defenders who cannot make their voices heard because of the risk of arrest, jail and torture. I am heading back to the airport with Simon now.”