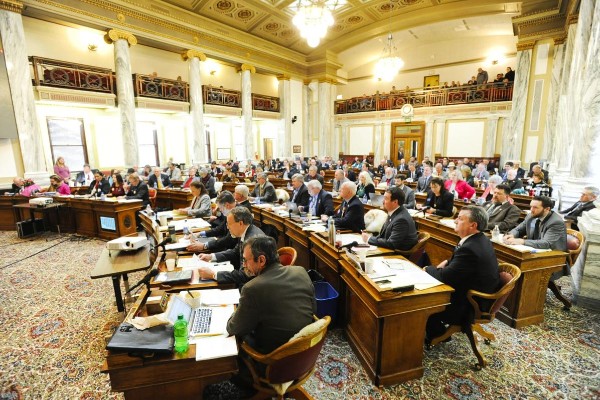 Lower legislators in Montana, US, have passed two anti-trans bills, which will now advance to the state Senate. House Bill 112 and House Bill 113 were proposed earlier this month, with the aim of banning trans athletes in public schools from participating in sporting categories which align with their gender identity, and  prohibiting gender-affirming health care for trans people under 21, with doctors risking a $50,000 fine for violating the regulations.

One of the main sponsors of the bills, state representative John Fuller, said  he opposes the ‘prospect of minors receiving treatments for gender dysphoria that could have a lasting effect on their bodies and their lives’, and so disagrees with young trans people being administered puberty blockers. However, local medical professionals have argued Fuller does not understand the implications of gender-affirming healthcare, and are concerned about the negative impact the bills could have on the mental health of trans youth who experience  higher than average rates of anxiety, depression and suicidal thoughts.

Caitlin Borgmann, the executive director of the American Civil Liberties Union (ACLU) Montana, spoke out against the bills, telling Them action will be taken if they are made law: “Make no mistake: these bills target and attack trans youth and will cause them serious and lasting harm We cannot let fear mongering and lies about what it means to be transgender result in laws that would stigmatize trans youth, harm families and communities, and drive businesses away from Montana. Trans youth deserve respect and dignity for everything they are. These anti-trans bills are not welcome in Montana. If they pass the legislature, there’s no doubt — we will sue.”

Despite the progression of the Montana bills, Biden recently signed an executive order prohibiting discrimination against trans students, thus ensuring them access to single-sex spaces and sports facilities, following a string of state bills which could have prevented young trans athletes from participating in school sports. Now that Biden has assumed power, Chase Strangio (ACLU’s deputy director for transgender justice) suggested: “States that, attempt to bar trans girls from girls sports, regardless of age of transition, medical intervention or anything else, with a new federal administration, will now be risking lawsuits by the federal government, Justice Department intervention and the loss of federal funding.”