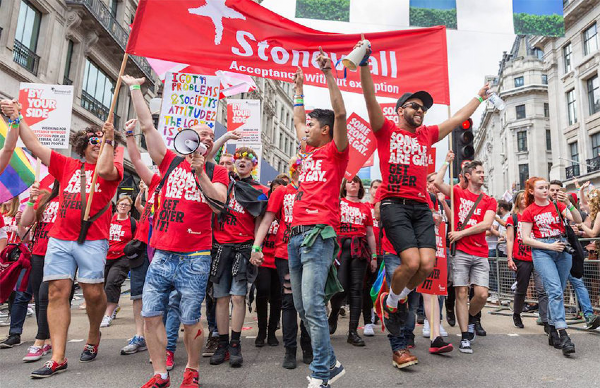 Multiple LGBTQ+ organisations in the UK have criticised the government’s decision to axe funding for The Homophobic, Biphobic and Transphobic Challenge Fund – an initiative designed to protect LGBTQ+ school students from bullying. The scheme was not compulsory, but allowed staff and students to take part in free training and workshops and was well received across the country, and the move to discontinue it has caused backlash from various LGBTQ+ groups.

Joe Nellist, of LGBT Foundation, told i News:  “We are very disappointed to see Government funding for projects to prevent anti-LGBTQ+ bullying come to an end. We know that bullying of LGBTQ+ people is sadly an all too common occurrence in Britain’s schools, and that this has impacts that are felt throughout later life. We know from our service users that LGBTQ+ pupils who have been bullied for being LGBTQ+ are more likely to deliberately harm themselves and attempt suicide than those who haven’t been bullied, and less likely to go into future education. Forty five per cent of young people who experience anti-LGBTQ+ bullying never tell anyone about it. We call on the government to recommence vital funded work to eradicate anti-LGBTQ+ bullying in every school.”

Nancy Kelley, Stonewall’s chief executive, highlighted the prevalence of bullying in schools: “Our latest School Report revealed that nearly half of LGBTQ+ pupils – 45 per cent – are still bullied for being themselves. When bullying is not tackled – it can have a deeply damaging and long-lasting effect on young people. We know LGBTQ+ people are disproportionately affected by poor mental health, and some of this is because of the way they were treated at school.”

A spokesperson from the Equalities Office said: “The anti-bullying grant fund, which provided 2,250 schools across the country with materials and training, was always due to end in March 2020,” but insisted there would still be anti-bullying initiatives put into place in UK schools.