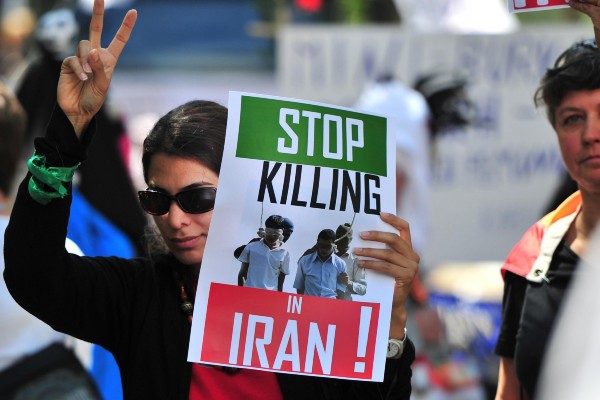 A new report released by the United Nations on Wednesday 10 February found Iran is unsafe for the LGBTQ+ community, with many queer people (including minors) facing electric shock conversion therapy, beatings or death. The UN found treatment of LGBTQ+ Iranians ranged from “beatings and flogging” to “forms of psychological abuse such as enforced seclusion and isolation from friends and society, neglect and abandonment, verbal insults and death threats”. Same-sex relations are strictly criminalised in the country, with queer woman facing 100 lashes, and men being given the death penalty.

Following the release of the report, UN representative for Islamic Republic of Iran, Javaid Rehman, said that they are “concerned at reports that lesbian, gay, bisexual and transgender children were subjected to electric shocks and the administration of hormones and strong psychoactive medications.” Rehman added: “These practices amount to torture and cruel, inhuman and degrading treatment, and violate the State’s obligations under the International Covenant on Civil and Political Rights and the Convention on the Rights of the Child.”

British LGBTQ+ activist, Peter Tatchell, condemned the treatment of queer people in Iran, telling The Jerusalem Post: “It is a shocking revelation that the Iranian regime subjects LGBTQ+ children to electric shocks, hormone treatments and psychoactive medications in a bid to ‘cure’ their sexual orientation & gender identity. These abuses echo anti-LGBTQ+ medical treatments by the Nazis and other fascist regimes. Javaid Rehman rightly condemns these abuses as a form of torture and in violation of international human rights law. Iran should be expelled from international medical associations and conferences.”