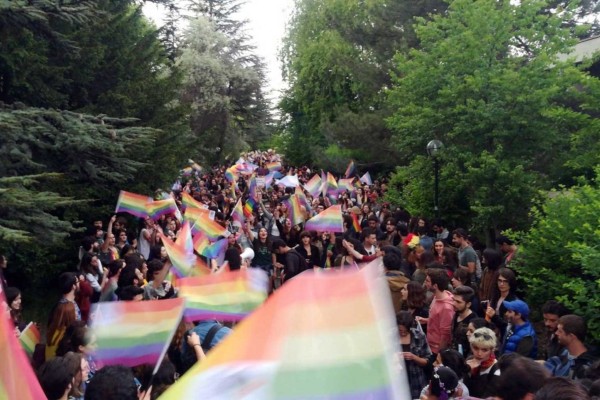 Eighteen Turkish students and one member of staff from Ankara’s Middle East Technical University are due to go on trial for organising an LGBTQ+ Pride sit-in after being told they could not go ahead with their annual campus Pride march; if found guilty, they could face up to three years in jail.

Their trial begins on Thursday, December 10, which is also International Human Rights Day, with the group being accused of “participating in an unlawful assembly” and “failing to disperse despite being warned”, despite their protest being of a peaceful nature. Police reportedly used excessive force and tear gas against the gathering and arrested 23 people, some of whom were not actually participating in the Pride event.

Amnesty International is encouraging people to contact Turkish authorities to call for the acquittal of the students, with nearly 30,000 emailing so far. Nils Muižnieks, Amnesty International’s Europe director, said: “Against the backdrop of increasing homophobia in Turkey, METU students and staff have marched through their campus each year to celebrate Pride, and demand equality and dignity for LGBTI+ people. The only just outcome in the unfair prosecution of 19 human rights defenders for their participation in a peaceful Pride march is their wholesale acquittal.”