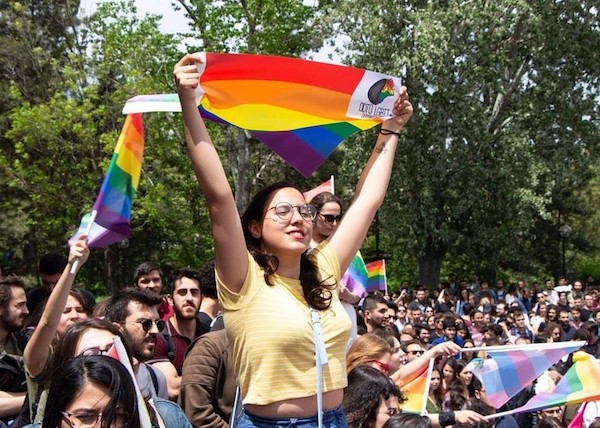 Students must be allowed to hold their annual Pride march at Ankara’s Middle East Technical University (METU), said Amnesty International ahead of tomorrow’s (10 June) planned Pride event, which has been banned by the university.

An official email was sent to all students ahead of the march, stating that the Pride event is not authorised as it would ‘threaten the university’s reputation’ and that police would be called should they proceed.

In May 2019, METU students and staff organised a peaceful Pride march on campus. They were met with excessive police force. Eighteen students and an academic were charged with ‘participating in an unlawful assembly’ and ‘refusing to disperse despite warnings’. They were acquitted in October last year, but still face a legal challenge following an appeal by the prosecutor.

Nils Muižnieks, Amnesty International’s Europe Director, said: “Three years ago, a peaceful Pride march on the METU campus was met with police using pepper spray, plastic bullets and tear gas. Participants were rounded up and dragged through the courts before being acquitted.

“It is deeply disappointing that no lessons have been learned. The damage to the University’s reputation will result from this senseless ban and the potential unnecessary use of police force, not by its student community celebrating love and solidarity.

“Governments have an obligation to facilitate peaceful assemblies and the university’s ban on this Pride march has no legal grounds. METU university authorities must reverse this decision.”

A blanket ban on protests, imposed under a state of emergency in 2017, was lifted in 2019 after being deemed unlawful by an Ankara court.