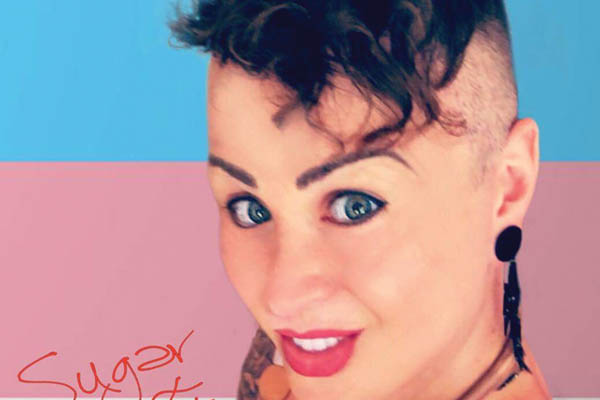 Sugar, still in the midst of surgical recovery, asks, is it all worth it?

As I sit at my desk on a hot mid-June’s day, already five days behind deadline (oops, sorry ed and design), feeling somewhat overwhelmed with my scar management and post-operative care, I’ve spent the last week plagued by writer’s block.

Recently, I’ve been suffering with activist burnout. 2018 was supposed to be my year of rest after six gender-related surgeries last year, but I’ve never found myself busier. Never have I had so many organisations come to me to ask me to write for them, to talk to them, to sit for paintings, to hand hold girls through Gender Reassignment Surgeries that I’ve previously undertaken myself, my continued work in empowering other trans women to take control of their own hormone and surgery regimes and my work in consulting with the medical profession on trans healthcare.

Great! It may seem that way, until I feel so exhausted by it all that I just want to run away, live a stealth life where nobody knows I am trans, get myself a cis partner and just be known as Sugar, the tall, tattooed bad ass woman, not Sugar, the trans woman. For that is what I am, a woman; and as the period of time elapses since I started transition the more the stealth life appeals. I used to look at girls who were stealth and I would judge them. I’d think to myself, ‘Why are you hiding? Why aren’t you educating? Where is your visibility? Where is your Pride?’ Whereas I now fantasize about running away and going stealth myself.

July is the busiest month for us trans folk in the UK and, just when I want to be slowing down, I find myself having to speed up. We have the annual Trans, Non-Binary and Intersex conference happening this month and I’m particularly looking forward to listening to friend and fellow activist Mx Tyler Austen speak on the subject of activist burnout. Conference is always scheduled for the week leading up to Trans Pride weekend, a Pride event that I can really get behind and give my full support. As Trans Pride enters its sixth year we’re reminded that things really aren’t that great for trans people.

Many assume that our city is a utopia, a bubble where LGBTQIA folk roam free of oppression and hate. This simply isn’t true. As our visibility grows the push back against us grows at an extraordinary rate.

In the last few months many of us have felt the pure hatred aimed at us from Trans Exclusionary Radical Feminist groups (TERFS). We’ve watched dinosaurs like Germaine Greer afforded prime-time television where she can repeat her tired old rhetoric. We’ve had to watch as cis people discuss our rights as if it has anything to do with them whatsoever (hint: it doesn’t) and we, as a city, have been plagued by hate groups who’ve been putting up stickers on lamp posts and pedestrian crossings hating transwomen specifically. We’ve had to gather our troops and do all we can to stop these groups of TERFS congregating in our city and spreading hate speech. I’m part of an underground network of people on the lookout for these stickers, amongst other things, and we do our best to deploy our forces to remove them as soon as we spot them.

We will not be bullied into submission by people who are trying to take our rights as women away. Our genders ARE NOT up for debate and the only person that can decide whether someone is trans or not is that very person themselves.

The whole NHS Gender Identity Clinic structure needs to change. From GP referral, we currently have to wait around two years for a cis person to tell us if we’re trans or not, then we have to wait six months for another cis person to agree with them and allow us hormones, and then another six months for one of them to say we’re trans enough for surgery, and then guess what? Another six months for another to agree with them. After this, we have to wait another six months to see a surgeon and, if they’re happy to proceed, we wait about a year for surgery. That’s a minimum of five years to get to surgery, much, much more for many of us, that is, of course, if we haven’t already killed ourselves. The system is broken and we need to continue to fight for change. No cis person gets to decide whether we’re trans or not, that’s something that can only come from within.

The Gender Recognition Act of 2004 is in the middle of a huge shake-up, and quite rightly so. Self Identification for trans people which, in a nutshell, means trusting us to know our own minds, instead of cis people deciding for us whether we’re ‘trans enough’, is something that should have happened years ago and we need to keep pushing hard for this, however much the TERFS disagree. Their rhetoric is that I need cis people to decide for me if I’m a ‘real’ trans person or if I’ve had my balls cut off, had my face rearranged, taken oestrogen every day and had a pair of big old tiddies put in for shits and giggles just so I can go around creating havoc in women’s bathrooms.

Urgh! It is just so, so tiring. We really aren’t asking for a lot, we’re just asking to be allowed to be ourselves and to be trusted that we know who we are, it’s not that hard, is it?

When I reflect on the state of the regime in which so many of us are forced to live under I realise that my work is absolutely worth it, that it’s imperative that I continue and that I remain united with all my trans siblings and running away to live that stealth life isn’t a luxury I can afford yet as there is much work to be done.