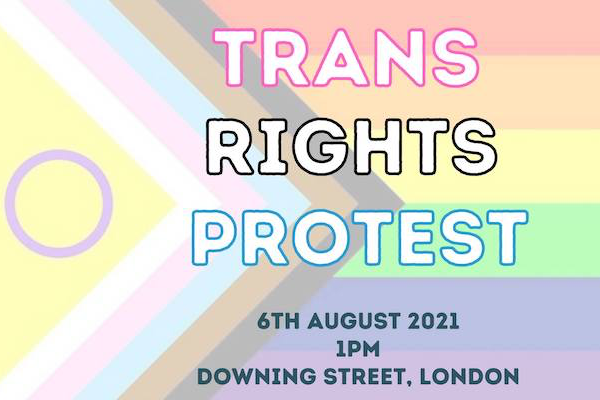 Laura Dale, a trans woman and author of Gender Euphoria, is currently helping to organise – along with trans rights activist Felix F Fern – a trans rights protest, which will take place at the gates of Downing Street in London on Friday, August 6 at 1pm.

Laura said: “Our protest will be demanding improvements to trans healthcare waiting times, an end to the government’s constant placating of anti-trans hate groups, and meaningful changes being made to better support the trans community from the current onslaught of hate we are receiving in the UK.”