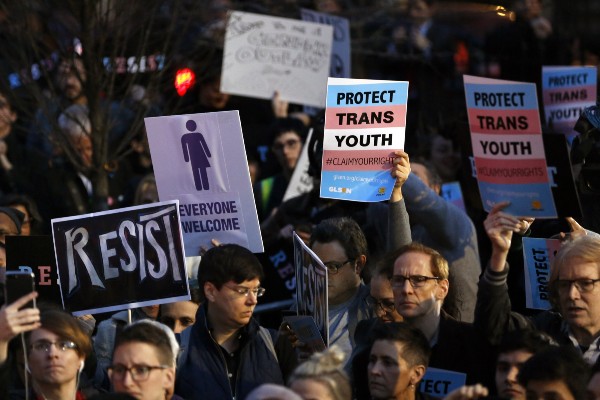 An English 14-year-old trans boy, Reece (who has not disclosed his full name), is beginning legal proceedings against the NHS after delays to transitional treatment. According to the BBC, Reece came out as transgender in primary school and was supported by those around him, but had to wait over a year for a referral to the only NHS gender clinic for young people. He was able to receive gender-affirming healthcare through private services, but found many other trans people are facing long waiting times for treatment.

He told the BBC: “I know more than 30 trans people, from school and LGBTQ+ groups. Everybody’s been waiting for months, or even years, but nobody’s been able to get in yet. It’s scary because it shows the service isn’t available to the people who need it.” He also said entering a legal battle was a last resort as “nobody else is sticking up for trans young people”. NHS England said a review of the case is underway.

Bev Jackson from the LGB Alliance, a controversial group known for trans-exclusion, responded to the situation, saying: “We don’t think children should be allowed to self-diagnose any medical condition. The numbers of referrals are so huge that I believe this is a social problem caused by miseducation.” However, a 2020 study showed early, gender-affirming healthcare greatly benefited the mental health of trans youth, with the lead author of the report saying: “The findings highlight that timely access to gender-affirming medical care is really important for youth with gender dysphoria”.

The BBC is now facing criticism for seeking opinions from the LGB Alliance, which many social media users have referred to as a ‘hate group’.