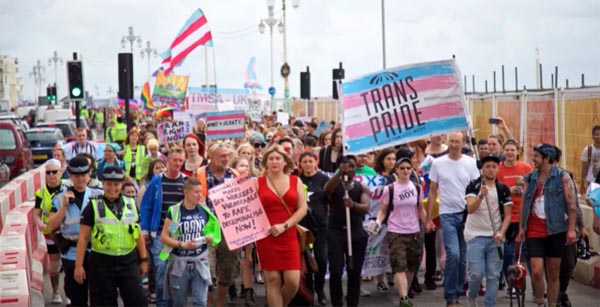 This year Trans Pride in Brighton and Hove celebrated their fifth anniversary on July 22 with record numbers of 2,500+ reported on the protest march along Brighton seafront to Brunswick Square in Hove.

The rain held off for the entire march and organisers were delighted to have drummers marching for the first time this year. The film was aired on the big screen during the Pride in Brighton & Hove, Summer of Love Festival in Preston Park on Saturday, August 5.