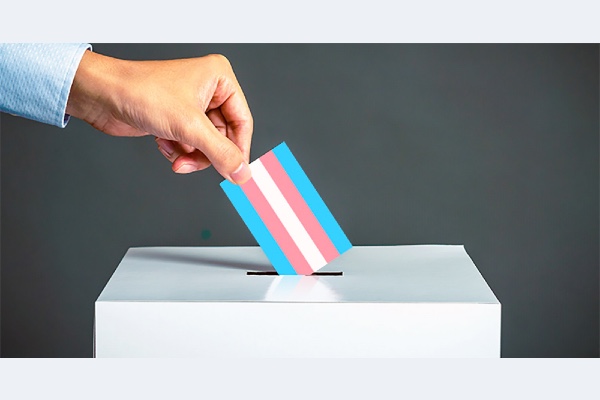 A new study by the UCLA School of Law has found that out of 965,000 eligible trans voters in the US, 42% don’t have the correct identification which may prevent them from voting in the upcoming elections. The study discusses the ‘unique obstacles’ trans and gender non-conforming people face when trying to obtain identification documents that reflect their gender identity which means many have difficulty registering to vote. In some states, trans people may require a note from a doctor, a court order or an amended birth certificate to receive appropriate ID – all of which are not accessible to all citizens.

It also notes in states with stricter voter ID laws, citizens may have to present government-issued photo ID at the polls and will not be able to vote if they are unable to do so. Approximately 81,000 trans people could face disenfranchisement in strict photo ID states. Noah Grey Rosenzweig, a 22-year-old trans man from Washington, D.C., spoke to CBS News about the issue, saying he had a ‘lot of anxiety’ surrounding voting day.

However, he continued he still intends to vote: “My vote feels important for the people who may not be able to [vote as well] or the trans people who feel like it’s too much, I respect that and I want to make sure that I can do that for them, for myself as well. Even if the stakes were not as high I would still cast my vote, but the thing is the stakes are always high.”