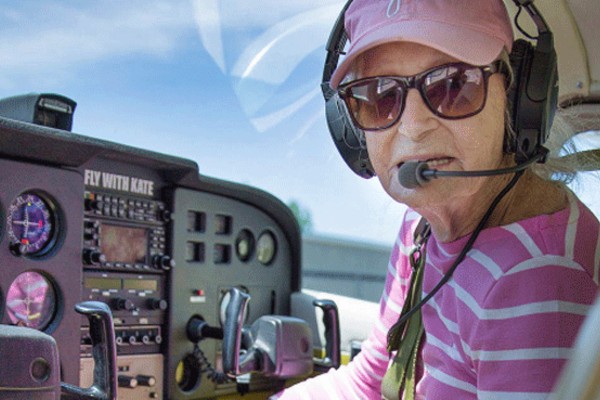 Trans activist and WWII pilot, Robina Asti, has died at 99 in her California home. In an interview with Out Magazine last year, Asti said that she had always felt conflicted regarding her gender, but decided to embrace her trans identity after the death of her 9-year-old son, saying: “The tragedy shook me to my core. I became fed up and disillusioned with my male life. After years of deep reflection, I realised that I was not living my true self.”

As well as serving in the war, Asti was known for suing the Social Security Administration after she was denied survivor benefits as a trans widow. After coming out in 1976 and peacefully divorcing from her former wife, Asti met her husband, Norwood Patton. After Patton died at 97, Asti was denied widow benefits because she was transgender, leading her to fight and ultimately win her case against social security with the help of Lambda Legal.

After the victory, Asti spoke publicly about her experiences as a trans woman, and was featured in a documentary titled Flying Solo: A Transgender Widow Fights Discrimination. Following her death, her daughter, Coca Astey, said: “Robina Asti lived her life fully and in vivid colour.” Grandson Erik Hummell added: “Robina embodied the human spirit,” and said Asti and him co-founded the Cloud Dancers Foundation (a wish-fulfillment organisation for LGBTQ+ people) “to make the invisible feel visible and to encourage everyone to embrace one’s authentic self to live a full life.”