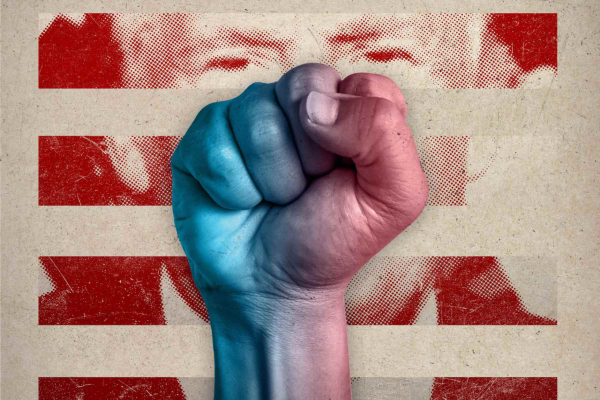 The first trailer for Trans in Trumpland – a four-part documentary which follows the lives of trans people in America under the Trump administration – has been released, with the programme due to premiere on February 25 on Topic streaming service. The documentary was created by trans-identifying, Iranian-American director, Tony Zosherafatain, who has spent the last three years exploring the effects Trump’s anti-trans policies have had on the community.

The first trailer for Trans in Trumpland shows four interview subjects, who discuss how they have struggled as the government continues to push anti-trans rhetoric. Zosherafatain spoke to Them about why he made the documentary, saying: “As soon as Trump was elected, I had a really bad gut feeling about what was going to be done to harm the transgender community, along with other marginalised Americans. The title for the series came into my head three days after he won the election.”

He continued: “One of the biggest pieces of anti-trans legislation that Trump sought against the trans community was when he tried to erase ‘transgender’ as an identity category in Title IX protections. To me, that was the most horrifying anti-trans action he took. It became an overarching theme in the series, one that every subject in the series had heard about.”

Zosherafatain hopes the documentary will hearten those negatively affected by Trump’s presidency, and that the Biden administration will provide greater support for trans Americans: “No matter what the president says, you exist and you’re human. Even during the darkest moments during the Trump era, you had these trans people creating joy, even in small ways… Overall, I would love to see the Biden administration pass a federal mandate that bars any state-run and private health insurance from excluding transgender healthcare, hormones, and surgery. That’s something we desperately need.”