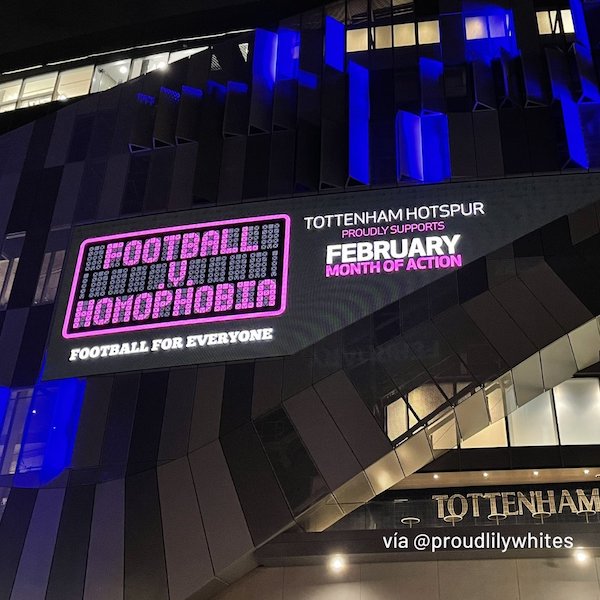 FvH was launched in 2010 to bring fans, players, communities, grassroots teams, professional clubs, and football authorities together to promote a safe and inclusive football environment for everyone regardless of sexual orientation or gender identity.

The club promoted the FvH campaign across its website, social media channels, LED signage and big screens. Its N17 Live matchday show also featured content dedicated to FvH and members of the Proud Lilywhites, its LGBTQ+ Supporters’ Association, appeared on the club’s Twitch channel before the game.

Chris Paouros, Co-Chair of Proud Lilywhites, said: “FvH is an important campaign challenging discrimination based on sexual orientation gender identity and expression. When we first started the Proud Lilywhites in February 2014, FvH were one of the first organisations we contacted because we knew we weren’t in this alone and working alongside them would be crucial.

“We’re incredibly proud that both the Proud Lilywhites and the Club have been shortlisted for #FvH2022 awards in the supporter group and professional game groups, respectively. It’s testament to all the work we do together to drive LGBTQ+ inclusion and combat discrimination.”