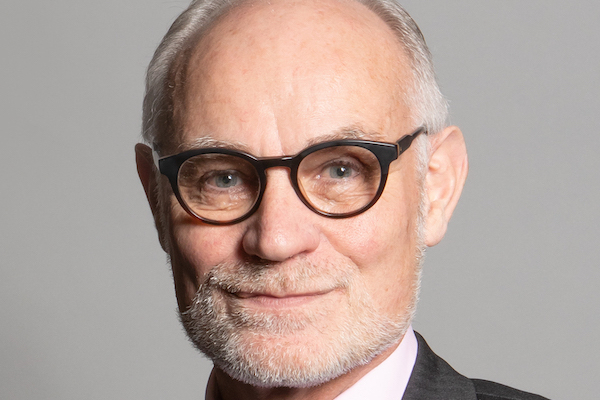 Crispin Blunt MP, chair of the All-Party Parliamentary Group on Global LGBT+ Rights, has called for Liz Truss MP, Minister for Women and Equalities, to be replaced following a debate on reform of the Gender Recognition Act (GRA) in which Mr Blunt MP said: ‘Does my right hon. Friend the Minister understand the crushing disappointment of trans people with the content of her statement on Tuesday, set against the consultation on which it was based?’.

The debate followed an announcement this week by Ms Truss on reforms to the GRA.

In the debate on Thursday, September 24, Mr Blunt said: “The Prime Minister has done [Liz Truss] and the nation no favours by continuing to overburden her after the election at such an extraordinary time for trade. The contrast in her reputation between each responsibility is horribly stark.

“On women and equalities, it is horribly stark set against the reputation and achievement of my right hon. Friend the Member for Portsmouth North (Penny Mordaunt). It was in her tenure that we created the expectations that we were finally going to deliver on equality for trans people in principle, based on a comprehensive consultation itself based on work under the coalition going back to 2011.

“Does my right hon. Friend the Minister understand the crushing disappointment of trans people with the content of her statement on Tuesday, set against the consultation on which it was based? Does she appreciate that trans people cannot discern any strong or coherent reason for this screeching change of direction? They are aware of the fear being used against them and fears, void of evidence, to sustain them. Does she understand the anger at the prospect of their receiving their fundamental rights being snatched away?”

At current, individuals need to have lived in their acquired gender for two years obtain a Gender Recognition Certificate, which allows the individual to change the gender on their birth certificate. LGBTQ+ rights charity Stonewall has called the process ‘burdensome, bureaucratic and demeaning’, and both the British Medical Association and the World Health Organisation support depathologising trans identities.

Almost two years on from a consultation on GRA reform, Ms Truss responded, announcing the digitisation of the application form and reducing the fee to a ‘nominal amount’. An overwhelming majority of respondents to the consultation supported removing the requirement for a medical report (80.3%) and removing the requirement for a diagnosis of gender dysphoria (64.1%). Facing fierce criticism from all sides of the house on Thursday, September 24, Ms Truss has, however, declined to implement those changes.

Speaking after the debate, Mr Blunt said: “Rather than addressing the fundamental dehumanisation and the humiliation of the process of obtaining a GRC, the Minister has simply digitised the application form and reduced the fee, as she can’t legislate because she has no majority to carry legislation on this issue.

“It betrays the results of the consultation and the trans community. Trans people in the UK deserve better. It is clear that the Minister for Women and Equalities does not have the time or necessary empathy to continue in this role. Her characterisation of this as a clash of competing rights betrays a fatal misunderstanding. Rights for trans people are individual human rights and any restriction of these must be on a proportionate and reasonable basis.

“But this distraction, as a result of her responsibility for restarting the UK’s role in international trade after 50 years, coupled with all of the new trade arrangements this requires, cannot be justified. On equalities, her approach has been didactic and suggestive of someone who has a set view and is short of time to think things through and does not respect the advice of others both inside and outside government who have long experience of the values and issues at stake and why this matters so much to people.”