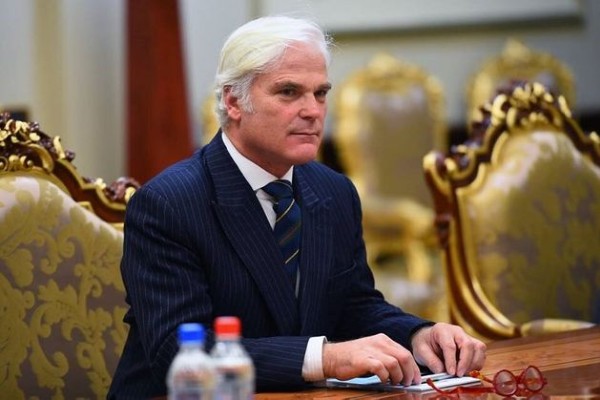 64-year-old Desmond Swayne, a long-serving Tory MP for New Forest West, has apologised for referring to same-sex relations as ‘unnatural’ in 1999. Swayne campaigned against a 1999 move to equalise the age of consent, saying it would “serve to entrap a small number of young men in a lifestyle that is gross and unnatural, and who might otherwise have led a life that was not blighted in that way”. He was also known for opposing same-sex civil partnerships.

However, Swayne recently posted a piece on his website titled How I Came to Recant, where he apologises for his opposition towards the LGBTQ+ community, saying: “How could I have ever believed such things, let alone said them?” He continued: “I put my original prejudice down to intellectual laziness. I simply never challenged, or even thought about the views that I held…My mind changed when the Government presented Parliament with the Sexual Orientation Regulations.” Swayne explained that after religious backlash to the new regulations, he had a “flash of enlightenment”, realising ‘God would not turn away’ someone based on their sexuality.

Eloise Stonborough, associate director of policy and research at Stonewall, praised Swayne for publicly apologising: “It’s refreshing to hear Sir Desmond Swayne reflect on how his views on LGBT+ rights have changed since he spoke against the repeal of Section 28 and reducing the age of consent. Too often in today’s polarised society, it’s assumed people can’t change their minds or grow from past mistakes, but Sir Desmond Swayne shows that doesn’t have to be the case. People in positions of political power have a responsibility to champion the individuals they represent, and to invest the time and effort to understand the issues at stake.”