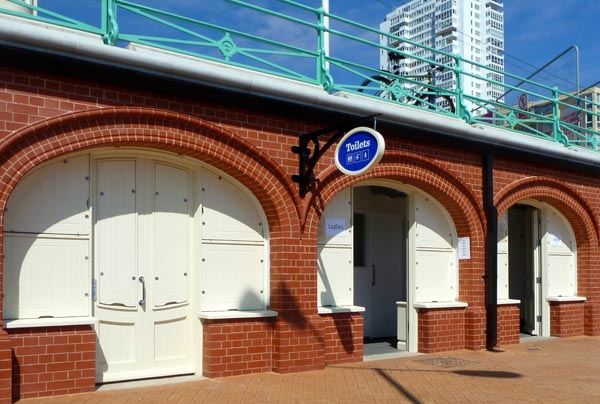 The Conservative group of councillors on Brighton & Hove City Council oppose Labour plans to cut the public toilet budget service by £160,000 a year.

AS part of a review of provision in the city, Labour is also considering charging customers for use of public loos.

Conservative Group Environment Spokesman, Tony Janio, said: “It is a common complaint I hear from residents and visitors to the city that there simply aren’t enough good quality public toilets. This is one of the most basic services that councils should provide, particularly ones such as ours that rely so heavily upon tourism, and so I would urge the new Labour Administration not to try to close any down. This would hit the elderly and vulnerable particularly hard and many of them will simply be forced to stay in their homes if they are not confident in the knowledge that there are public loos within walking distance when they go out.”

Group Leader, Geoffrey Theobald, added: “This really isn’t what residents wanted to hear from the new Labour Administration, just a month into their period of office. The previous Green Administration tried on several occasions to close down public toilets or reduce operating hours and we consistently put forward Budget amendments to try to reverse this. Indeed, at this year’s Budget the Conservative Group was successful in getting a temporary stay of execution for the proposed £160k cut but it appears that Labour is intent on opening up the closure agenda again.”

Councillor Gill Mitchell, lead member for environment, said: “The council is currently working on a review of public toilets so that we can keep services going against a climate of declining budgets.

“As a tourist destination Brighton & Hove has always recognised the importance of providing a service and has many more facilities than many other resorts. Our toilets are also highly regarded and regularly win awards.

“We need to find ongoing and sustainable ways to keep a good level of public toilets going for our residents and visitors to use and are building on the cross-party scrutiny report into public toilets which recommended we draw up a business plan and explore different options.