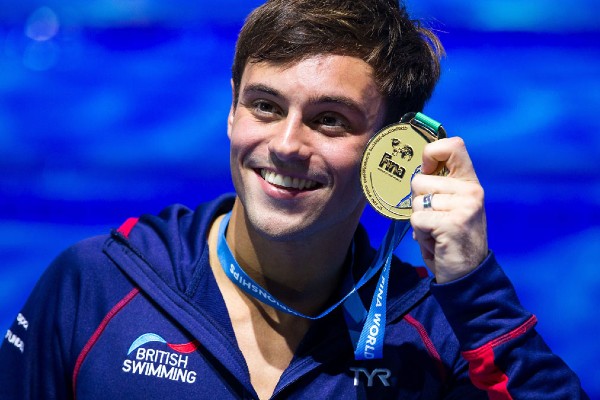 Out gay Olympic diver, Tom Daley, discussed author JK Rowling in an interview with The Times, with the former Harry Potter fan saying it is ‘hard to understand’ her anti-trans comments. 26-year-old Daley said he “did love JK Rowling’s books”, but added: “It’s one of the hardest things to understand, how trans people think and feel, because she has never lived that experience.”

He said he would change his Desert Island Disc book choice from one of Rowling’s novels to A New Earth by Eckhart Tolle. When asked what he would say to Rowling in person, he said he would have a “conversation rather than a shouting match”. Daley is among a handful of other public figures who have criticised Rowling’s attitudes towards trans people, including queer feminist writer and philosopher, Judith Butler, who said last year that she has “not used her public position well” and “fostered hated and misunderstanding”.

Rowling has been accused of transphobia on multiple occasions, and was recently the subject of discussion at a local school, which had named one of its houses after the author. Seaford Head School said it would be changing its house names as it no longer felt “that JK Rowling is a suitable representative, because of her recent words about the trans community.”