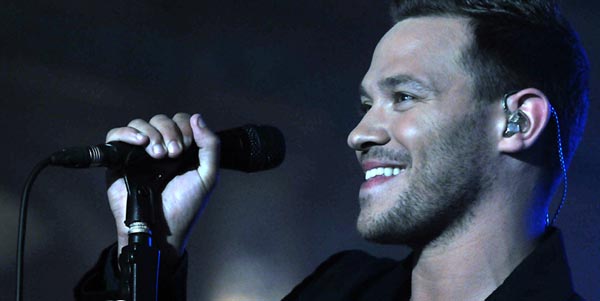 Manchester Pride Festival organisers have announced the first wave of artists for this  summers festival.

Multi-million selling Brit Award winning singer-songwriter Will Young will be making his only LGBT festival appearance of the year at the event held over the August Bank Holiday Weekend and International DJ, Judge Jules, is the first DJ to be confirmed to play a set in the Gaydio Dance Arena.

Manchester Pride Patron, Heather who has been acting for over 20 years, has starred in TV shows such as London’s Burning, Lip Service, Waterloo Road, Prey and most recently appeared in the National Film Awards’ nominated Never Let Go.

Mark Fletcher, Chief Executive of Manchester Pride, said: “The Big Weekend 2015 was a great success and we’re preparing for the challenge of matching it this year. Our first announcement demonstrates our commitment to delivering a first class line up of entertainment for The Big Weekend in 2016 as we embark on our mission to celebrate, campaign and raise money for the LGBT communities of Greater Manchester.

“Will, Heather and Judge Jules are huge icons in their own right, and this first announcement is a nod to the diversity in musical tastes that we’re aiming to cater for at The Big Weekend 2016. There are more big announcements to come – each one providing even more reasons to buy your Pledge Band early this year.”

The award-winning Manchester Pride Festival takes place in August, with the Big Weekend running from Friday August 26 – Monday 29 and the Parade taking place on Saturday, August 27.

Big Weekend tickets are on sale from tomorrow, Friday 29, priced at £18 for weekend tickets. Day, family and children’s tickets will be released at a later date. Tickets are exchanged for Pledge Bands at the festival providing guests with access to the event, including the Main Arena, Sackville Gardens, the Gaydio Dance Arena and the Expo and help Manchester Pride raise essential funds for LGBT and HIV charities and organisations in Greater Manchester.

For more information on The Big Weekend, click here: