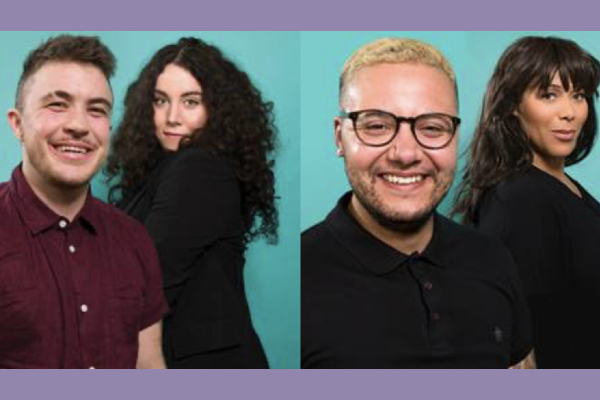 The charity found that more than half (52%) of respondents said they didn’t feel fully in control of their sex life, with over 70% saying that feelings of negativity and low mood or depression was a factor in this. Forty-five per cent of respondents had never tested for HIV, while 25% hadn’t heard of prevention pill PrEP. This comes despite almost half (46%) having reported condomless sex in the previous year. In terms of what should be done, 90% said there was a need for targeted sexual health information that includes navigating sex, consent and empowerment. Respondents also said that new webpages and printed leaflets should feature happy, empowered trans people – a departure from how this community is often represented in some parts of the media.

Celebrating and reflecting the diversity within the trans community, the new health information features eight trans and non-binary people from different cultural backgrounds with different body types and identities. It is directed to the needs of trans, non-binary and gender diverse people and provides up-to-date HIV, sexual health and contraception information and advice. This includes the impact of hormones and surgery, considerations when taking HIV prevention pill PrEP and how to navigate happy, healthy sex.

Trans and non-binary people co-produced and feature in the resource ensuring it is trusted and represents the diversity within the trans community, which is key to its success.

Feedback also showed that around one in five people from these communities feel uncomfortable attending sexual health clinics for a variety of reasons, including misgendering and encountering prejudice, and being given incorrect information for their bodies. Trans people often find that patient information that hasn’t been written with them in mind and are often left to use guesswork. That’s why it is crucial sexual health information for trans people is made available online in a way that’s easy to understand.

In fact, the previous webpages on sex as a trans woman and sex as a trans man on the THT website – which this new, more comprehensive information now replaces – were two of the most popular on the site with over 30,000 visits a month from people across the globe, including countries where access to sexual health information and services is far more limited.

Dr Kate Nambiar, sexual health and gender identity clinician, said: “I’m proud to be involved in such an important project to ensure the sexual health needs of trans and non-binary people are properly met. I have no doubt that what we’ve produced is so impactful because it’s based on the feedback of trans and non-binary people and our communities have been involved every step of the way.

“Good sexual health is vital for everyone but too often trans, non-binary and gender diverse people are left out of mainstream information relating to sexual health and feel uncomfortable accessing mainstream services. As trans people, we need to see ourselves in sexual health campaigns and know that the information is written with us in mind.

“As well as educating the community on sexual health, it’s important to celebrate and empower trans and non-binary people. I think we’ve achieved that aim and I’m excited for everyone to see the new webpages and leaflets.”

Rory Finn, Health Promotion Practitioner at THT in Brighton who worked on the new resources, said: “As a trans man, I sometimes feel as if I fall between the gaps. I’ve had numerous interactions with health professionals who don’t understand my body.

“Whenever I’ve tried to look up sexual health information for myself, the resources I find online are never detailed enough and don’t include bodies like mine. I have often had to resort to reading women’s health articles online, just to get some sort of understanding of how my body works. But even then, there’s a lot of guess work. I do not have a female body anymore.

“I decided to be a part of this resource because I want trans people, however they identify, to know that they are worthy of having an enjoyable and healthy sex life. Our bodies deserve to be empowered and celebrated, just like everyone else.”