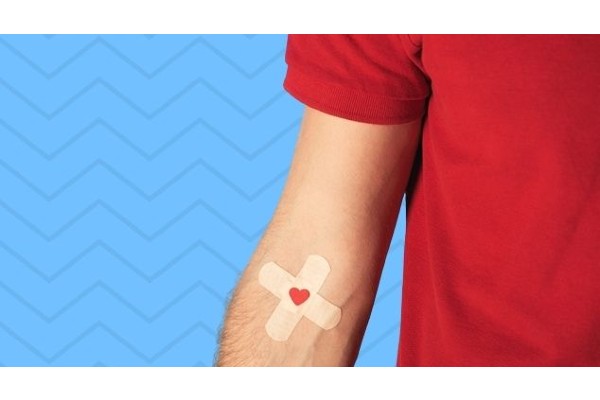 Today, new eligibility rules for blood donation come into force with a move to more individualised risk assessment which will allow more gay and bisexual men to safely donate blood in the UK. But, despite that, HIV/sexual health charity Terrence Higgins Trust (THT) has released a statement saying that the Government has “retained a discriminatory restriction in England which predominantly affects Black communities’ ability to give blood.”

The restriction relates to a three month deferral period for anyone who has a ‘partner who has, or you think may have been, sexually active in parts of the world where HIV/AIDS is very common’ and references ‘most countries in Africa’. The question has been removed in both Scotland and Wales, but retained in England; while Northern Ireland has postponed changes until September.

According to THT, the question is “vague and difficult to interpret by both individuals and healthcare professionals, but acts as a significant barrier for many who wish to donate and at the expense of the blood service’s urgent push to get more Black people to give blood.”

The independent FAIR (For the Assessment of Individualised Risk) group, which was established to review the latest scientific evidence and which THT sat on, recommended the question’s removal alongside the other changes coming into force today which focus on behaviours rather than blanket rules.

The Government’s own independent advisory group on blood SaBTO (Advisory Committee on the Safety of Blood, Tissues and Organs) also agrees with the removal of this question based on the evidence.

In its statement, THT said it is “deeply disappointing to see such progress on ensuring the rules are fairer for some marginalised groups, while failing to do so for others when there are no clear obstacles for doing so.”

THT and National AIDS Trust, alongside membership organisation One Voice Network, have today written to Matt Hancock MP, Secretary of State for Health, calling for the question’s urgent removal to enable more people to safely donate and help address the shortage in blood and plasma donation from Black communities.

Black donors are ten times more likely to have the Ro and B positive blood types urgently needed to treat the 15,000 people in the UK suffering from sickle cell disease, which is a painful and debilitating condition which is particularly prevalent in people with an African or Caribbean background.

To get the best treatment, patients need blood which is closely matched to their own. This is most likely to come from a donor of the same ethnicity. Yet only 1% of current blood donors are Black.

Ian Green, Chief Executive at THT, said: “It’s great news that far more gay and bisexual men can safely donate blood from today (14 June). But the excitement of that announcement is significantly dampened by another discriminatory question being retained by Government in the blood donation process in England, which presents a significant barrier to Black donors in particular giving blood. This is despite it being removed in both Scotland and Wales, and the blood service actively encouraging Black communities to donate plasma and blood due to shortages.

“The question relates to having a partner in the last three months who has ever – or may have ever – had sex with someone from a country with high HIV prevalence and references ‘many countries in Africa’ but not specific nations. The question is not evidence based. It is non-specific, vague and difficult for both healthcare professionals and individuals to interpret. But would mean, for example, that someone who is in a long-term, monogamous relationship with someone from or who has ever lived in Africa most probably being unable to donate. The question would almost be laughable if it wasn’t discriminatory and stopping a group whose blood is in short supply from donating.

“The changes being brought in are a move to a more individual risk based assessment focusing on behaviour, which we welcome – but that ethos is abandoned with the retention of this question in England. The question both prevents and deters people from donating – especially those from Black and specifically Black African communities – and we strongly call on Government for its urgent removal.”