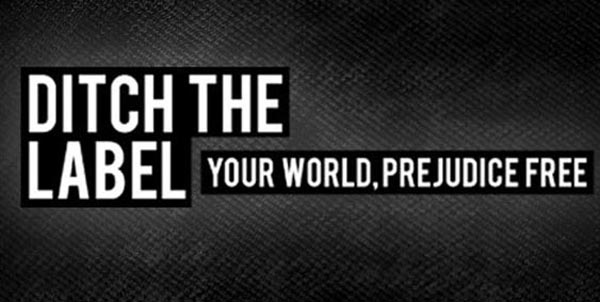 Anti-bullying charity Ditch the Label has published a new report today looking at young people’s attitudes to relationships and sexuality in the modern age. The Valentine Study has been published today to coincide with Valentine’s Day.

The charity decided to investigate attitudes to sexuality and relationships as a way of reassuring young people that, exploring sexuality is OK, and to encourage open discussion.

Valentine’s Day is a time when the focus turns to relationships and love but the day is primarily heteronormative, which can isolate those who have more of a fluid take on sexuality and relationships.

Young people are much more open-minded when it comes down to relationships. 93% felt it was OK to explore your sexuality and less than half of all respondents saw themselves as 100% straight.

They were more likely to flirt and kiss someone of the same gender, however when it came down to relationships and marriage the majority (58%) wanted to settle down with the opposite sex.

The report also found that virtual relationships possibly provide a safe space for people to explore their sexuality – 69% of those surveyed who identified as gay or lesbian had experienced a virtual same-sex relationship online.

♦ 1 in 2 people (47%) don’t conform to rigid sexuality as straight, lesbian and gay and take a more fluid approach.
♦ Almost half (45%) were happy kissing either sex.
♦ 90% agree that the internet makes it easier to explore your sexuality.
♦ 76% felt that sexuality labels were no longer appropriate and people should just be able to date who they want.

♦ 62% believe that if you are not completely straight you are more likely to be bullied.
♦ 20% said they had been bullied because of attitudes to sexuality (18% in the UK and 22% in the USA).

Ian Rivers, Professor of Education for Social Change, University of Strathclyde, said: “The world is changing and so too must our understanding of relationships. Connectivity with another person can now happen virtually. We do not fully understand the implications of this but it is important that we find out as much as possible about the ways in which young people connect and interact with one another. This study helps us understand how online relationships evolve – both positive and negative – and it gives us insights into significance of interacting with others in cyberspace.”

Liam Hackett, CEO of Ditch the Label, added: “Virtual relationships have the benefit of allowing young people to explore and come to terms with their sexuality before they are ready to reveal it to their offline friends. Young people who do not identify as being exclusively attracted to members of the opposite sex, those with a disability, those who identify as transgendered or respondents from lower-income backgrounds are the most likely to have engaged in a virtual relationship with somebody online.  While virtual relationships are often blamed for a wider disconnection between people, this report forces us to acknowledge the positives of conducting a romantic relationship in such a way. Virtual relationships allow for human connection, contact and gratification, which for some people might otherwise be challenging. We hope this report goes some way in reassuring young people that there is no right or wrong when it comes to identifying where you sit on the sexuality spectrum.”

To produce the report, Ditch the Label surveyed 1006 young people between the ages of 13 – 26 with the majority of respondents 15 – 19 years old. The average age of the respondent was 17 years.

The survey was conducted online via the Ditch the Label website over a period of 6 months. Participation was without incentive and was promoted across social media and through partnerships with select online games and social networks. Once the data was cleansed, SPSS data extrapolation was used to produce the analysis.  Data was then validated in-house by the research team and then independently by Professor Ian Rivers from the University of Strathclyde.

For a full copy of the report email: pandora@bulletpr.co.uk

For more information about Ditch the Label, click here: