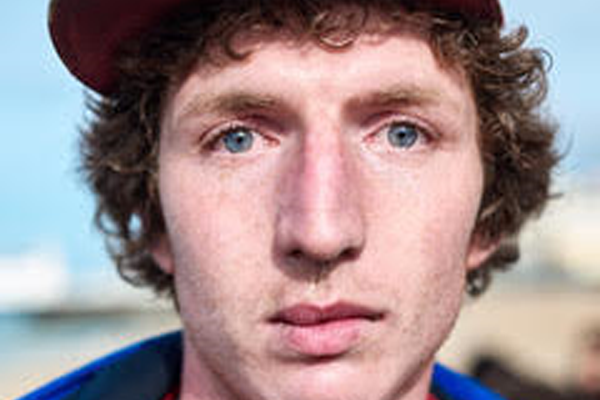 Should you happen to be out jogging along Brighton beach on Sunday morning around 6am, or walking the dog, chances are you will bump into Horsham based photographer Greg Turner, collecting people through the medium of his camera, then featured in his project The Things You See on Brighton Beach at Sunrise on a Sunday.

I asked Greg why here and why this project?

“I love Brighton in particular for its diversity and liberal attitude. You can fit right in being the weird bloke who keeps asking people if he can take their picture! It needs very little explanation so it makes my type of photography more rewarding. My primary interest with photography is people. I’m interested in the psychological aspects of what makes a person who they are and how this is expressed externally through what we see. Almost all of my work includes a person in the frame somewhere.”

As someone who is himself out exceptionally early on a Sunday morning, I see the fascination in being out at the beginning of the day and running into people coming to the close of theirs. Greg agrees:

“The sun rises over Brighton beach around 5am during the spring and summer months. I am there for a Sunday morning but the revellers are still there for Saturday night. Along with the revellers you can find the die-hard swimmers tiptoeing down the shingle for their early morning swim entirely unaware of both the bitingly cold temperature of the water and the sprawling hedonism around them. And there are fisherman still rowing their boats and towing their nets.

“It is, truly, a wonderful place to be. There is a sense of collectivism and love and its hard to know if the groups of people sitting on the beach are formed on the basis of long held friendships or simply the result of being caught up in the moment, of the shared experience of simply being there as the sun rises.”

All of Greg’s images are shot between sunrise and around 9am in the morning. He intends to be down there for the nest part of a year, through the changing seasons, but the images he has taken are already uploaded onto his website and can be viewed at www.tearsinrain.co.uk

“I think the most significant insight I’ve had [during this project] is that given the right circumstances – a degree of uninhibited behaviour, the peacefulness of a moment, the calmness of the sea – large groups of people who largely don’t know each other and are probably quite different, can simply come together and ‘be’ in a group on the beach and the fact that they are strangers to each other does not matter. We are a naturally gregarious species, but we are also tribal and that’s a shame because the identification with ‘tribe’ means we tend to only move in the small, homogeneous groups. So I’ve also learned a lot by not being judgmental about people and being willing to approach people whose life experiences are probably vastly different to mine. That’s been hugely valuable to me.”