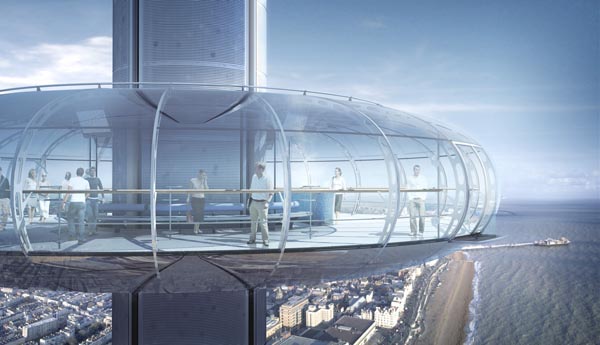 The Labour Group on Brighton & Hove City Council has today expressed ‘deep concern’ about the potential of a major default on the next instalment of the i360 loan.

In a release, the party said the i360 has “consistently failed to live up to initial business projections – as Labour always predicted, being the only political group in the city to vote against backing the Green/Tory vanity project with 100% public funding when private sector partners could not be found.

“Now, only months after the Council agreed to restructure the repayment of the loan owed to the local authority by the i360’s operators, Labour has learned that there is the possibility of a major default on the next instalment of the loan repayment, following questions we raised at last week’s Policy & Resources Committee meeting.

The Labour opposition’s co-leader and finance lead, Cllr Carmen Appich, added: “Labour never wanted the public purse to fund the i360, it was a flawed business model from the outset – as we tried to convince our Green and Conservative colleagues of at the time.

“Its ongoing impact on council finances is totally unacceptable, particularly in the face of savage cuts from central government and increased demand for services in this cost-of-living emergency, and we are deeply concerned about the potential of a major default on the next loan repayment.

“Labour councillors will leave no stone unturned in improving the governance of the i360 and examining every possible solution to salvaging some return on taxpayers’ ill-spent money.”