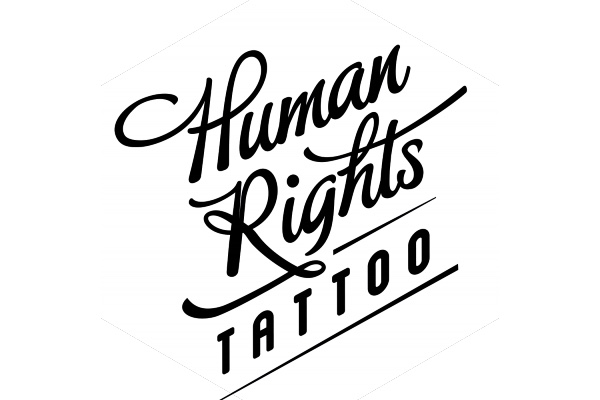 Filmmaker Xena Maria Evers has made a short, but powerful documentary about the life of a 21 year old LGBT activist in Russia. Her subject is Ilya, a student from Saint Petersburg who recently took part in the world’s largest living work of art to date, the Human Rights Tattoo.

Since 2012, the Human Rights Tattoo movement has sought ‘ink’ the groundbreaking 1948 Universal Declaration of Human Rights one letter at a time on to the skins of 6773 human participants. These individuals will make up a unique collective version of arguably one of Civilisations most profound edicts. Those taking part are from all backgrounds and every continent, representing every layer of the human global family. From residents of slums to CEOs and from human rights lawyers to LGBT activists, all will be connected by their small part in the groundbreaking text.

The Human Rights Tattoo aims to amplify the message of equality by physically existing in so many places at one time, bringing human faces to the story, and sparking dialogue even in the darkest political reaches of humanity. More than 4,000 letters have already been tattooed on this vast human canvas.  Ilya is letter 4,081, and that’s a ‘c’.

THE COURAGE TO BE YOURSELF

It takes courage to be out and proud in Russia. Since 2013 it has been illegal to make any positive statements about being LGBT. Ilya is non-binary and passionate about the freedom of the self. Growing up in Northern Russia, Ilya knew he was different. At one point in the film, Ilya remarks “I am a Unicorn” going on to say “Our generation is different, young people are getting more and more liberal. The world needs less stigmas and more kindness.”

Every day, Ilya challenges the stifling norms of this morally and socially conservative country. He refuses to conform to any stereotypical gender dress codes, he wears make up and describes his appearance “a protest against patriarchy, discrimination and other evil spirits”. When not studying or hanging out with his friends, with whom he feels safe, Ilya uses his free time to be an activist in the face of appalling danger. He is incredibly brave and it’s paying off, through social media Instagram (@ilyacyvarev) Ilya is breaking down taboos and opening debates across Russia.

It was back in September 2019 that Coming Out LGBT group in Saint Petersburg hosted the 11th edition of Queer Fest, a cultural festival which opposes xenophobia, homophobia, sexism, discrimination and violence. This is where Xena Maria Evers met young Ilya and his friends. Her film follows him in his daily life, including the touching moment he receives his tiny, yet monumental tattoo. Ilya describes his biggest achievement as “being who I am, I’m not fully there yet, but at least I like what I am now.”

To find out more about the Human Rights Tattoo, visit their  website