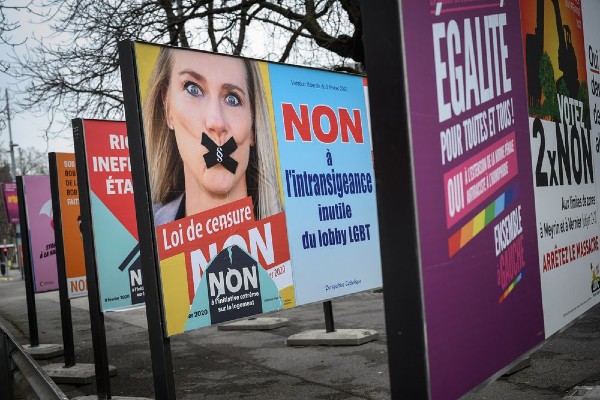 Switzerland is on its way to making discrimination on the grounds of sexual orientation and sexual identity illegal.

A vote on the issue resulted in 63.1% in favour to 36.9% against and looks set to bring Swiss law more in line with that of other European countries.

Discrimination because of race or religion is already illegal in the country and this latest vote is seen as a sign that public opinion is more weighted in favour of anti-discrimination than analysts had thought.

Pink Cross Switzerland was quoted by the BBC as saying: “The result proves a strong sign of acceptance for lesbians, gays and bisexuals. After the clear yes, the LGBTI community will use this momentum to achieve the consistent implementation of the penal code and to enforce marriage equality.”

A bill to legalise same-sex marriage is currently on its way through parliament.