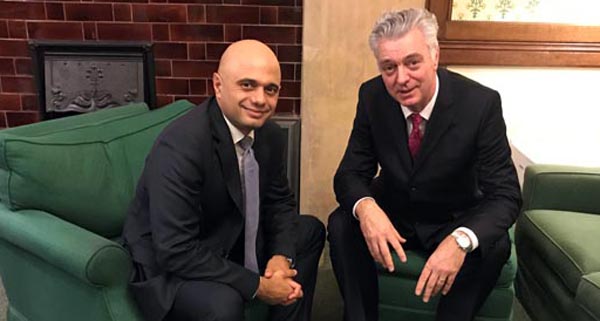 Brighton is to receive part of the £66.06m Coast to Capital funding as part of the Growth Deal programme.

This round of Growth Deals was announced at Budget this year, Local Enterprise Partnerships were asked to put forward investment proposals for £1.8 billion, which the Government has made available to boost economic growth in local areas.

Funding has been awarded to create a Bio-Innovation Centre, a business incubator for new life-science projects, part of a new Life Sciences building at the University of Sussex and also to develop a modern, dedicated conference centre and arena facility at the Black Rock site on Brighton’s seafront as part of the wider Brighton Waterfront regeneration project in Kemptown.

A delighted Simon Kirby, MP for Brighton Kemptown & Peacehaven, said: “I have been lobbying Ministers for a long time for funding to support local projects and am delighted to see this money coming to Brighton for the Sussex University and Black Rock projects. This funding will hugely benefit the local community and help to boost economic growth.”

This further funding builds on the £7.7 billion the Government has already committed to LEPs through previous rounds of the Local Growth Fund. It is a crucial part of the Government’s agenda to drive growth and devolve power to local areas, with decisions being made by those who know their local area best, and supporting the Government’s commitment to build an economy that works for everyone.

Communities Secretary Sajid Javid added: “As part of efforts to deliver an economy that works for everyone, the Government is equipping local people with the resources they need to drive forward local growth.

“That is why we’re giving £66.06 million new money to Coast to Capital to give businesses the support and opportunities they need to achieve their potential – on top of the £238.2 million we have already awarded.”