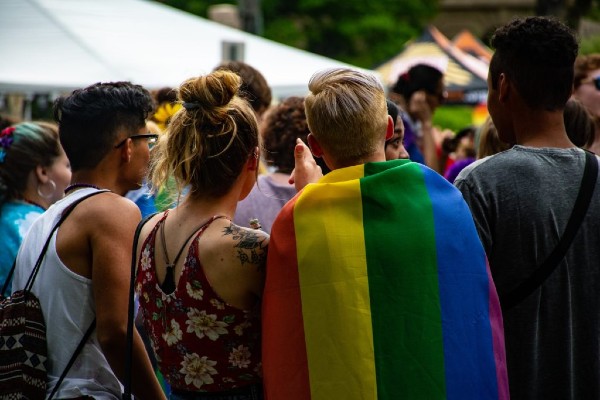 A new report from LGBTQ+ advocacy organisation, Just Like Us, has found LGBTQ+ school pupils are twice as likely to experience bullying than their straight, cisgender peers. The study, conducted independently by Cibyl on behalf of Just Like Us, interviewed 2,934 pupils aged 11-18 (1,140 of whom identified as LGBTQ+) and 513 educators across the UK. It found 42% of LGBTQ+ students have been bullied in the past year compared to 21% of straight, cisgender pupils.

18% of LGBTQ+ students who had been bullied didn’t tell anyone, and only 21% told a teacher at school. 33% of all LGBTQ+ pupils said there is a clear process for reporting anti-LGBTQ+ bullying in their school. Less than half (40%) of LGBTQ+ primary and secondary staff are out to their pupils, and 74% of queer pupils who have never had positive messaging from their school about being LGBTQ+ have contemplated suicide.

In response to the findings, Dominic Arnall, chief executive of Just Like Us, urged schools to show support for LGBTQ+ students, saying: “The good news is that schools with an inclusive culture also see a reduction in pupils’ suicidal thoughts and feelings, and have a positive impact on all pupils’ mental health, regardless of whether they are LGBTQ+ or not…School Diversity Week this 21-25 June is a fantastic way for schools to begin doing this.”