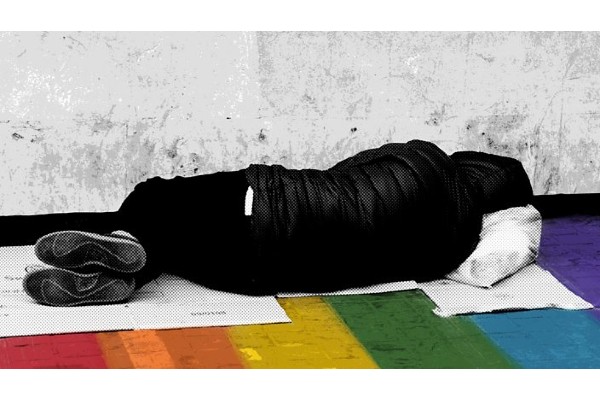 A study by LGBTQ+ homelessness charity akt, which surveyed 161 young queer people, found 24% had experienced homelessness at some point during the past five years, with a further 21% saying they were homeless for longer than six months. The LGBTQ+ Youth Homelessness Report found 16% of respondents suffered sexual abuse from partners or family members before being made homeless, while the same number said they engaged in sex work as a direct result of homelessness.

Many others experienced verbal and/or physical abuse before becoming homeless, with 61% saying they felt threatened by family members. Half of all respondents said before they were made homeless, they feared that coming out to family would result in them being evicted. 44% of young LGBTQ+ people had knowledge of housing support services, and 59% of those who did access services at some point reported experiencing discrimination or harassment.

It found two-thirds of respondents would like to see more individualised, face to face support services which support wellbeing and mental health. The report concluded that LGBTQ+ people need “more specialised services, such as those for trans and non-binary and young people of colour is also important for LGBTQ+ young people.”