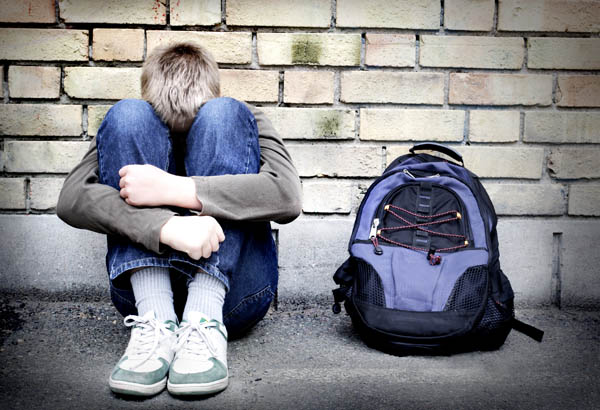 Last year, 1,055 young people approached Brighton & Hove City Council for help with their homelessness, which is an increase of 40% over two years. In addition, ‘rough sleeping’ has increased in the City by 929% since 2010.

BRIGHTON-based charity, Sussex Nightstop, has been working to decrease these statistics and, through early intervention, stop the repetitive cycle of youth homelessness by supporting vulnerable young people who are particularly at risk of becoming homeless, especially when a family breakdown is involved. Its summer ‘Sleep Safe’ campaign is particularly poignant at this time of year as, during the summer months, the focus on youth homelessness subsides due to the good weather.

However, the risks to young people are even more prevalent during this time than in the colder months, as they are able to sleep on the beach in the warmer climate, exposing themselves to a great many dangers. Sleeping rough on the beach is unsafe leaving young people open to negative influences such as abuse, potential violence and the behaviour of late-night drunken revellers.

This summer, working alongside its activities to help stop youth homelessness, the Sussex Nightstop team is eager to reach out to and help the ‘Hidden Homeless’ – those young people who sofa-surf at friends or relatives whilst trying to find stable housing or accommodation.

The facts are scary, one in five young people, aged 16 to 25, have sofa-surfed  and new UK-wide research from the BBC has found that 41% of young people have stayed with friends on floors or sofas for at least one night  and just over 9% did so for over a month. The findings also highlighted that young men are more likely to have sofa surfed than young women with 48% of the 484 men questioned saying they had, compared with 34% of 519 women.

Sofa-surfing, the umbrella term encompassing a number of different living arrangements, is a risky option that many of the City’s young homeless resort to. The perils of sofa-surfing are wide ranging and include exposure to predation, harmful influences such as drugs and alcohol, staying with near or unknown strangers, fatigue due to poor and irregular sleep patterns, weight loss, anxiety, possible abuse, depression, exploitation and grooming.

Through its team of dedicated Volunteer Hosts – who offer their spare room on a night-by-night basis – Sussex Nightstop is providing the young homeless people of Brighton and Hove a safe and secure space from which to work on rectifying their housing issues, helping to remove the worrisome risk of slipping into long-term homelessness or turning to the streets and hazardous rough sleeping.

Nightstop’s Executive Director, Alison Marino said: “The most common reasons for young people resorting to staying at friends and sofa-surfing include parents being unable or unwilling to provide housing, extended family members being unable to help or splitting up with a partner, alongside other contributing factors such as tenancies ending, domestic abuse, rent arrears and leaving care.

“To address this important issue, this year we are focused on our summer ‘Sleep Safe’ campaign which aims to raise £10,000 towards helping the young, vulnerable people of Brighton and Hove. Its underlying message is to highlight and address the veiled problem of youth homelessness and how, through early intervention, those at risk can be supported and steered to a brighter, safer future – breaking the cycle of homelessness. But this campaign is just the tip of the iceberg; we need Brighton and Hove residents, the City’s commercial organisations and the Sussex community as a whole to get behind us to help us achieve our goal of having a safe bed available to those in need every night of the week.”

The number of those sleeping rough in Brighton is a constantly changing population and, unfortunately, statistics show that people sleeping rough die younger, are more likely to get ill and are more defenceless and exposed, so more susceptible to violence.

Rough sleepers are defined for the purpose of the statistics as people sleeping, or bedded down, in the open air, such as on the streets, on the beach, under the Pier, in doorways, parks or bus shelters; or in other places not fit for habitation such as sheds and car parks.

Alison continued: “The ‘Hidden Homeless’ fall under the category of ‘Provisionally Accommodated’ as they are seen as people who live temporarily with others, but without any guarantee of continued residency or any immediate prospects for getting permanent housing.

For example, a young person could be staying in temporary accommodation, but they are not rough sleeping as they have a proper roof over their head at night. Therefore, it is possible to be homeless, but not be rough sleeping.

“When a young person stays with one of our Volunteer Hosts, they can expect their own private bedroom, an evening meal and breakfast, the opportunity to wash dirty laundry, have a bath or shower and we cover the cost of bus tickets to and from the Host’s home where needed. A Befriender can also take the young person to the Host’s home, so any feelings of anxiety or nervousness at meeting new people are removed, they don’t have to do it alone, we’ll be right there with them.”

Cllr John Allcock (Labour, Goldsmid Ward) said in support of the Sussex Nightstop campaign: “We’re experiencing a national housing crisis and the impact is significant here in Brighton & Hove. We welcome Sussex Nightstop’s campaign highlighting the dangers encountered by those who are rough sleeping, specifically regarding youth homelessness, and to raise awareness of the help available for under 26-year olds facing homelessness across the city.

As a council, we’re working together with a wide range of local organisations to make a positive difference to people in need. The council is committed to work with partners to tackle the housing shortage which is the main cause of homelessness and work towards eliminating the need for rough sleeping.”

To support Sussex Nightstop’s work with a donation, click here: